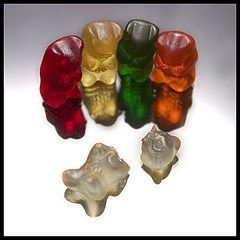 I always gave the excuse for not losing weight as it "was just too hard." everything i had to give up, and keep doing, blah blah blah. yes, it's hard and it's difficult and a lot of sacrifice, but it's certainly not harder than being fat and depressed about it!

when i was eating whatever i wanted, i felt guilty ALL THE TIME. it didn't matter what i ate, i felt bad about it. how enjoyable is that? not at all! and when i didn't exercise, i felt guilty and lazy and hopeless. i just felt horrible all day long. so even though i wasn't "suffering" by dieting and exercising, i was suffering anyway. i just felt miserable and really didn't like myself or what i was doing with my life.

now, i'm taking care of what i eat, and making an effort to work out. yes, it's difficult and sometimes i don't want to do it. but i don't feel guilty all the time now. and although it seems like there is so much weight to lose....it does seem possible!

when i was doing what i wanted (or thought i wanted,) i really was suffering.
now that i'm supposed to be sacrificing, i actually feel better. getting in shape and getting healthier is actually so much more joyous than not taking responsiblity!!
Share This Post With Others
Report Inappropriate Blog
Member Comments About This Blog Post