This Memorial Day will be spent , in part, remembering a veteran who was a close friend. In September we finally said our last goodbyes to James McCloud who passed in January 2020, but the first service had to be postponed because of Covid. Later on September 18, we were able to visit as he was laid to rest in Veterans Memorial Park near Knoxvile, TN. 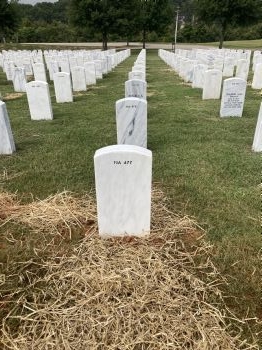 Jim (as we called him) was injured in a tank fire with burns on his hands and feet that left permanent scars and he suffered later in life due to pieces imbedded in his body too numerous for surgery. Gone but not forgotten!
Share This Post With Others
Report Inappropriate Blog
Member Comments About This Blog Post