May 7-Days Roll On

It just amazes me sometimes to wake and find the days have just flooded thru. Who opened the flood gates of time? So much dreamed of ..so much planned and as time rolls on the realization that whoops need to get more done. Each day as it passes is a chance to either get what you dreamed/planned to do or it passes without you achieving as much as you intended..but either way time will roll on. So might as well grab each day and squeeze out of it as much as you can.
Briefly I spent too much time in town and that to me is always exhausting. I am so thankful when I return to this lil bit of peace and quiet that I call home. With all the uproar of changes and just life there is still that ahhhhhhhhhh feeling as the drive from town begins , the mountains grow closer and the feeling of contentment begins to fill my tank.
This AM..oh there was a show out in the barn yard. I had left the large doors open on the chicken house yesterday to allow the wind to blow out some of the stale dust and generally freshen up the atmosphere. Then this AM, doors closed much to the disgruntlement of the Raven. He landed on the roof of the barn looking down at the big doors, you could just read the "what the heck" feeling he was expressing in body posture. Head cocked to one side then the other as he tried to figure out how that happened . As he was pondering the situation the rooster noticed him . Sir then flew up on the small pen and they engaged in a stare down that could have qualified in any wrestling match. I so wanted to snap a pic but knew if I even moved Raven would fly off. So I opted to watch as the duel progressed.
Sir lost interest and jumped down to go about his business of tending to his hens. Raven began to scope out the yard where the scraps had been tossed. Again you could read the brain going..ah ha food there I just need to swoop down and get me some. First he did a full frontal attack, just flying down and landing in the yard. Promptly one of the hens came at full attack to send him scurrying off. Next he landed in some of the taller weeds, did a couple of Raven type hops then began to walk as if he were part of the flock. It took no time for the same hen to see him , once again she headed his way with damage and injury on her mind.
Raven flew up on the small pen peering out at both the hen and the scraps. He began short sharp attacks of grab and go! Those were more successful with Raven scoring several apple chunks. Having accepted that he was not going to be able to achieve more in that area he headed off to the Duck pen only to find that they had consumed all that they were given. Not the best day for Raven!
This afternoon Angela reported to me that the same hen, the smallest of them however seems the bravest, was chasing the geese back to the old goose pen away from the feeders.
She could barely tell me the tale she was laughing so hard about that tiny hen herding the geese 3 times her size. They were flapping their wings and honking in a cry for help . What a weird situation it is. In all the years I have had birds never did I have a hen that would chase geese.
Final tale..Cheri...snake tale coming up!!
As Angela was checking for eggs she headed to the gate between the large and small chicken pens . Noticed movement to her side , when she looked it was a nice sized Bull Snake just on the other side of the fence under a bush. She said once her heart quit pounding at an unacceptable rate and she got her breath back she was able to for sure identify the snake . After her "meeting" with the Rattle Snake last Fall she has been on the alert for the next one. It does not help to tell her I never had seen one in the chicken pen before..because as she says...Yes but I did!! So another critter circus day winds down..all are bedded and safe, night has fallen , the stars are out in their glistening glory letting us know that the heavens continue to shelter us as we prepare to curl up in our cozy beds.
Yes life in all its various aspects is such a beautiful event to be enjoyed . I hope you too had a good and enjoyable day. Now Good Nite and Good Rest to All.
Stay safe!! 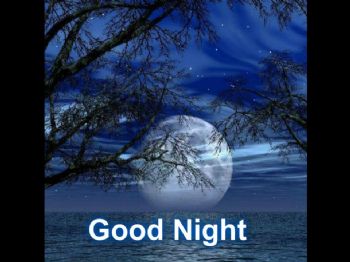