Not really nice enough to work outside but so sunny and bright it was hard to stay in. So went for a ride instead, in the car..so no exercise but good for the mind and soul! Mountains still softly covered with snow, bits and pieces peeking out and swirling mists raising to the skies from the lakes as the warm sun hit the cold waters. Just an awesome sight! The Sangre de Cristo's are visible from a spot at the end of our road with a sweeping vista of the canyons and open lands as they tumble off to the East. It never fails to take my breath away! Another sight that I can never forget is the view of the range as you crest the hill that leads down to Westcliff. The Alps of the Rockies some call them. The first time I drove up there was deep Winter and the peaks were coated with snow raising their pointed heads to the skies like triumphant warriors.
I had to pull to the side of the road and just gaze in awe at the beauty laid out before me.
The crew is still feeling more than a lil peaked. Zack seems to have recovered mostly but Angela is a sick lil puppy. Her eyes tell the story more than anything else, well that and the fact that she has floated thru the house all day with a huge fluffy robe wrapped around her.
Advice to lay down and rest falls on deaf ears...she is almost as hard headed as her grandmother (me). That ole "nah I ain't sick,,just feeling a lil off"..yeah well..if you say so!
Even Zack was telling her ..if you don't wanna take a nap at least go lay down a while!! That turned into a 4 hour rest period..geeze us "adults" act like 2 yr olds at times..pitch a fit ..do not wanna nap..then just collapse in a happy heap once we are down!!
Silly Hermine did not wanna go to bed tonight. Usually I can just say go to bed goose and she will head for the barn. Tonight she decided to do the tour of the old and new chicken yards..but much to her disgust I did not chase nor follow her. I just stopped at the duck area..told them to go to bed , and they did!! The winds must be off since it is usually the ducks I have to chase around to get them to dash into their lil house. Hermine came out honking and calling for Moe, who gladly came out to start parading about with her buddy.
Once in front of me they easily herded to the barn and dashed in as if they had intended to go there all along. Never a doubt that they get a tee hee out of trying to get me to chase them..tis a game they seem to enjoy!!
Now my cuppa here and a warm blanket , soft pillow and good book are all calling my name!
Good night ya'al...rest well and stay safe! 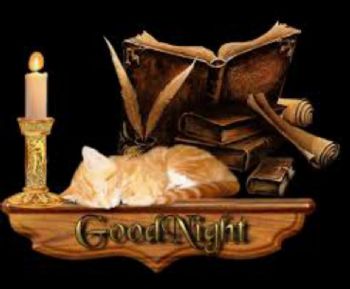