April 14-..all I can think of is Beware the Ids of March

Thas cause it feels like March..windy..Blustery..cloudy and cold!! With a forecast of snow this weekend..but hee hee..it held off long enough for the blooms to set on the Crabapple tree!!
So maybe ...just maybe some crabapple jelly this year! The Plum tree has set a few blooms but more are getting ready to open..hope they wait a bit or do it quick tomorrow!
Rhubarb is looking good..need to get the bed fixed for it and get it moved before it gets much larger. Snow has never bothered it..so not worried. The Lilacs are just setting buds so they should be safe and the Mountain Ash has already bloomed and set..so yep ..maybe we caught a good period of time for things to make their Spring peek out before Winter sends her good bye blast our way...we will see!
Winds are howling like a Banshee out there right now. Tis why many people suffered with what they called Prairie Madness when they came out West to settle this land..as they called it. The settle part of it..the people that were here were nomadic and knew there were times to be here and times to move on, this land was not meant to put roots down..it is a land where you graze then move on to let the land rest. No fences were needed ..no villages had to be built on permanent foundations..A mobile people that lived with the land rather than trying to subdue it. Not that they were perfect..but they did know how to manage the land better than the settlers that plowed it and farmed it to death resulting in the Dust Bowl days. ok history lesson over!!
Saw ENT doc today...he looked at me and agreed that indeed I was drowning in sinus fluids.
Gee Doc tell me something I did not know!! So got meds to dry me up and unstuff me..and hopefully stop the cascade of fluid that my body so happily produces. He did think that might help the cricket chorus in my ears as well..relieving the pressure in my head might silence them!! As the song says...

Wouldn't that be lovely!!
So getting the last of my steps in while I watch some people dig up some mastodon scalps..that seem to indicate that ancient people actually did hunt and use parts of the huge creatures. I am enjoying the Discovery Channel SO much...As a kid I wanted to be an archeologist until I found out they spent most of their time in basements going thru old bones! I wanted to be out there at the digs finding ancient and exciting items that would change or at least enlighten history!
Now ya'al have a good evening ..what's left of it. Rest well..wake refreshed with positive thoughts to start your day..and above all...Stay Safe!! Good Night! 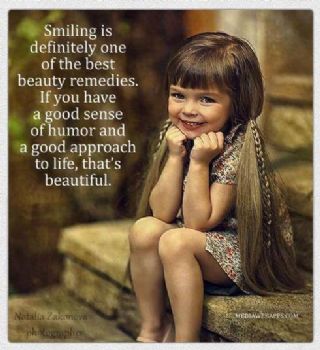