Yesterday Dearly Beloved made himself Toad in a Hole for his breakfast. After he ate, the leftovers were still too hot to box and put in the frig. He left the pan on the stove and put the cooling rack on top. I hear bang-crash and walked out to find the rack on the counter and a sausage missing. As I was walking down the hall an orange streak passed me on the way to under the bed. I pulled him out and took away the sausage.

This time I put the pan to the back of the stove, the rack on top, with all the things we had pulled out of the pantry for cooking dinner. 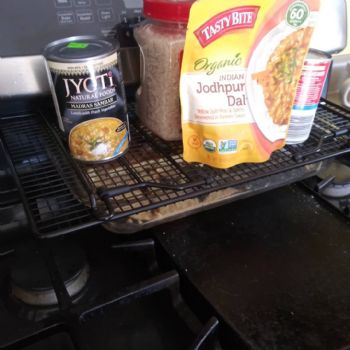 Looks heavy doesn't it? Back at my computer, less than five minutes later I hear bang-crash. I rush out to see: 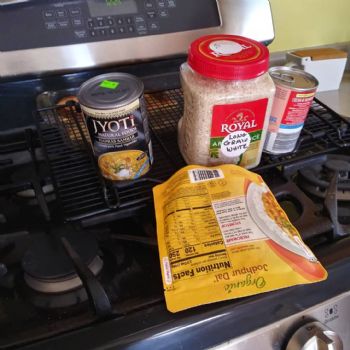 Swine Cat had pushed the rack and everything on it forward and stolen another sausage. 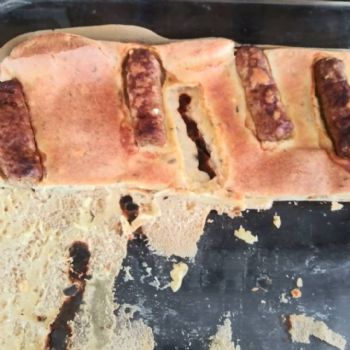 This time he ran downstairs so I followed and chased him all over the basement and laundry room. He ran back upstairs to go under the bed. Again I got the sausage and tossed it away. Bad Behavior Does Not Get Rewarded With Sausages!

Even though the food was not quite as cool as I wished I put it in a container and in the frig. He would have tried again. This is a cat that once pushed an entire jar of apple sauce off the counter. Luckily it was plastic (new jar) but the lid came off and there was much bad language while I cleaned up.
Share This Post With Others
Report Inappropriate Blog
Member Comments About This Blog Post