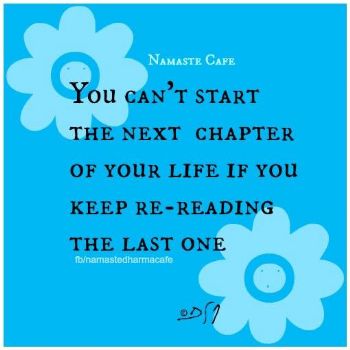 "You can't start the next chapter of your life if you keep re-reading the last one." 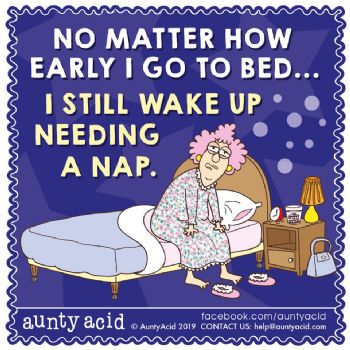 "No matter how early I go to bed, I still wake up needing a nap." 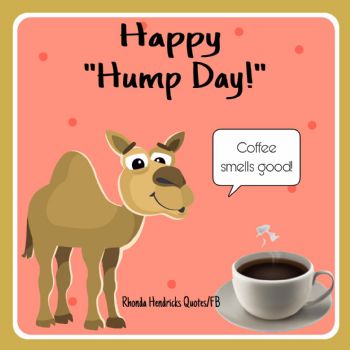 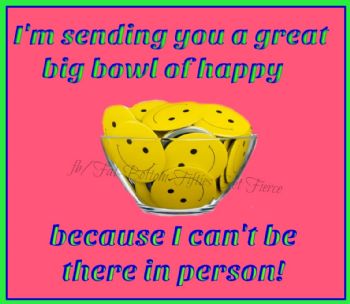 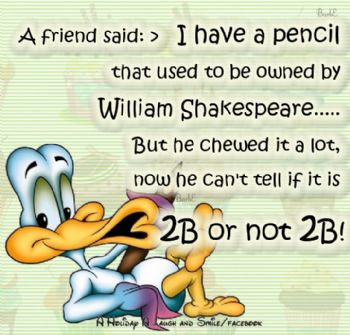 An eighty-three year old lady finished her annual physical
examination whereupon the doctor said
“You are in fine shape for your age.. but tell me..
do you still have intercourse?”
“Just a minute .. I’ll have to ask my husband,” she said.
She went out to the reception room and said:
“Jake do we still have intercourse?”
Jake answered impatiently
“If I told you once I told you a thousand times
We have blue cross !!”


It's National Soup it Forward Day! Let's show kindness through sharing a bowl of soup with others. There is something nurturing about that warm bowl and it touches all of us on some level.
--33 Flavors Day: today is a salute to Baskin and Robbins Ice Cream and their 31 flavors; in 1945, Irvine Robbins opened Snowbird Ice Cream and his brother-in-law Burton Baskin opened another shop in 1946; they joined efforts in 1953 and coined the 31 flavors as one for each day of the month; although known for their 31 flavors, they have created over 1300 ice creams since their founding; no known reason why the day is called 33 Flavors.
--Canadian Bacon Day: Canadian bacon is a pork product that is cut from the back of the pig; in contrast, American bacon, with the streaky cured and smoked strips is cut from the pork belly, which is higher in fat; because of this cut, Canadian bacon is much leaner than normal bacon and comes in rounded slices, rather than long strips.
--I Want You to be Happy Day: today is about you getting someone to smile and to helping them feel better by really listening and understanding what they need.
--International Ear Care Day: sponsored by WHO, today raises awareness and educates as to the proper way to take care of our ears; yeah, I know we're not supposed to used cotton swabs but it works!
--International Irish Whiskey Day: from the source: "Irish Whiskey Day was created by international Whiskey and Whisky Writer Stuart McNamara. Although Stuart writes about whisky and whiskey from all over the world, his Irish upbringing means that he has a special love and respect for Irish Whiskey in particular. This led to him becoming the editor of IrishWhiskey.Com, the Irish Whiskey Trail and the Dublin Whiskey Trail. Stuart became concerned at the way that Irish Whiskey was being marketed outside Ireland by irresponsible marketers as a shots type drink without any recognition of the amazing degree of science, art, history, heritage nature and culture which is the backbone of every single glass of Irish Whiskey or Uisce Beatha in Irish Gaelic. Of particular worry was the lack of respect for Irish Whiskey outside of Ireland on that most Irish of days each year – St Patrick’s Day on 17 March. And so Stuart created Irish Whiskey Day. The figure 3 has always been of special importance in Ireland. The symbol of Ireland (the Shamrock) has three leaves. There are three colours in the Irish Flag. There are three types of Irish Whiskey – Single Malt, Single Grain and the uniquely Irish Single Pot Still. Irish Whiskey is also unique in that by tradition, It is triple distilled. And so, the 3rd March or 3/3 became the obvious choice of date for our annual Irish Whiskey Day. It also is exactly two weeks to the day before St Patrick’s Day which is always on 17 March."
--National Anthem Day: today honors the Star-Spangled Banner that officially became the Nation Anthem of the US on this day in 1931.
--National Cold Cuts Day: today celebrates all form of cold cuts and deli meats; there are many forms of cold cuts and too long a history to cover here; did you learn how to spell 'bologna' from the Oscar Meyer jingle?
--National Mulled Wine Day: today is a salute to a drink made with red wine infused with a variety of spices and served warm.
--Stop Bad Service Day: observed on the first Wednesday of March; if you ordinarily let it go when given poor service, this is the day to speak up in a constructive manner; if you've received good service, be sure to compliment as this will reinforce the good service.
--Talk in the Third Person Day: no known purposes for today other than to be different; the general idea is to spend the day talking in the 3rd person, no personal pronouns; could you keep that up all day?
--What if Cats and Dogs Had Opposable Thumbs Day: today is to imagine all the trouble our pets could really get into if they had opposable thumbs as we do.
--World Birth Defects Day: today raises awareness of the research, prevention, and treatment of most forms of birth defects.
--World Hearing Day: sponsored by WHO; today is to raise awareness on how to prevent deafness and hearing loss and promote ear and hearing care across the world.
--World Maths Day: observed on the first Wednesday of March; today is an online international mathematics competition, powered by educational resource provider 3P Learning (the same organization behind the school resources Mathletics, Readiwriter, and Spellodrome). Smaller elements of the wider Mathletics program effectively power the World Maths Day event; there are more events under the same day but the stretch of competitions start today.
--World Wildlife Day: an UN initiative to preserve and protect all plants and animals in danger of extinction due to commercial interests; this year's theme is 'Forests and Livelihoods: Sustaining People and Planet'; today is a celebration of the diversity of our planet's wild animals and plants; March 3 was chosen as it is the anniversary of the 1973 signing of the Convention on International Trade in Endangered Species of Wild Fauna and Flora.