Words of encouragement for those not losing weight 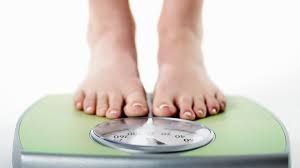 I was quite surprised and happy to find out this morning that I have now lost 12 pounds since getting serious about it in August. I had THOUGHT I would have lost that amount of weight by October, but it turns out that weight loss isn't as easy for me as it might be for others. (My age is against me as well as other factors with my health.)

If someone had told me at the beginning of August that it would take a full six months to lose 12 pounds, I may not have even started. (Don't we all hope to lose 20 pounds in 2 months?) But in that six months I've had plenty of time to adapt my thinking and to be happy for ANY amount of weight loss. And so today when I found that I had now lost 12 pounds, all I could think was, "That's 12 pounds I wouldn't have lost if I hadn't started with SparkPeople in August." And without SP, I may have actually gained weight.

Back in October when I went to see my doctor about not having lost any weight in 2 months of trying, he explained that at our age (over 55) we have to work harder and eat less than the standard charts show (and pay no attention to warnings about going into "starvation mode" and stalling out). I was doing well with working out, but the weight didn't start to come off for me until I followed his advice and started ignoring the built-in SP advice on how many calories to consume. I look at 1200 calories as an upper limit now and try to stay under--at least a few days a week. Of course I am NOT suggesting this for others: speak to your doctors about what's right for you.