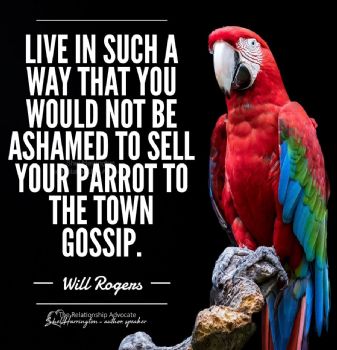 "Live in such a way that you would not be ashamed to sell your parrot to the town gossip." Will Rogers 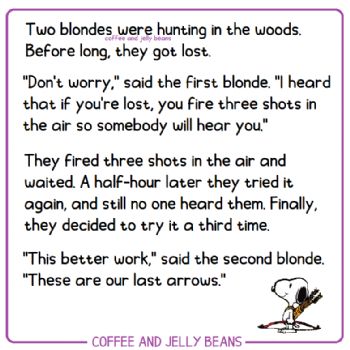 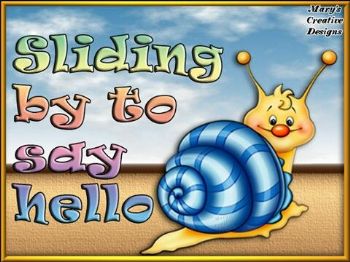 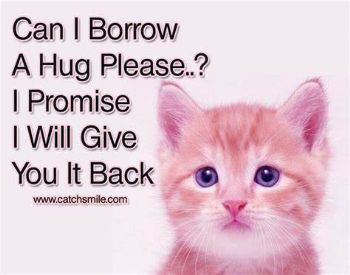 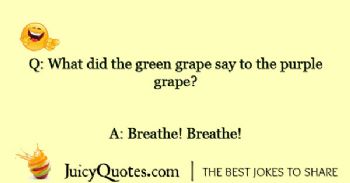 The story is told about a king in Africa who had a close friend he grew up with. The friend had a habit of looking at every situation that ever occurred in his life (positive or negative) and remarking, “This is good!”
One day the king and his friend were out on a hunting expedition. The friend would load and prepare the guns for the king. The friend had apparently done something wrong in preparing one of the guns, for after taking the gun from his friend, the king fired it and his thumb was blown off.
Examining the situation the friend remarked as usual, “This is good!” To which the king replied, “No, this is NOT good!” and proceeded to send his friend to jail. About a year later, the king was hunting in an area that he should have known to stay clear of. Cannibals captured him and took them to their village. They tied his hands, stacked some wood, set up a stake and bound him to the stake. As they came near to set fire to the wood, they noticed that the king was missing a thumb. Being superstitious, they never ate anyone who was less than whole.
So untying the king, they sent him on his way. As he returned home, he was reminded of the event that had taken his thumb and felt remorse for his treatment of his friend. He went immediately to the jail to speak with his friend. “You were right,” he said, “it was good that my thumb was blown off.” And he proceeded to tell the friend all that had just happened. “And so I am very sorry for sending you to jail for so long. It was bad for me to do this.” “No,” his friend replied, “this is good!” “What do you mean, “this is good!” How could it be good that I sent my friend to jail for a year?” “If I had not been in jail, I would have been with you!”

It's National Square Dance Day, a salute to a fun dance! Square dance was brought to the U.S. from England, Ireland, and Scotland. It was later a caller was added to guide the dancers.
--Advent Sunday: observed on the 4th Sunday before Christmas; today is the start of the new liturgical calendar; the Christian celebration in anticipation of the birth of Jesus, culminating in Christmas morning.
--Customer is Wrong Day: A solace for those who work in retail, this day acknowledges that the customer is often wrong and often a royal pain; granted, while the boss might not agree with your telling the customer they're wrong, you can know in your heart we're with you.
--Electronic Greeting Card Day: a double holiday, the 17th and 29th; what we know as ecards is becoming more common each year and easier to send--there's an app for that; Judith Donath sent the first electronic greeting in 1994.
--International Day of Solidarity with the Palestinian People: in 1977, the UN adopted a resolution that recognizes the Palestinian struggle for self-determination, independence, and a life of dignity.
--National Lemon Crème Day: however you spell the 'cream', it's a luscious blend of sweet and tart; some say the best lemon cream pie is from New York City's Trattoria dell'Arte on 7th Avenue in Midtown; someone test out that theory and get back to us.
--Small Brewery Sunday: observed on the Sunday after Thanksgiving; today encourages beer lovers to support small and independent U.S. breweries and to seek the independent craft brewer seal.