Gail, team leader of one of my Spark teams, posted about the (virtual) FeasterFive race she'd be doing this year and although I'm 'across the pond' I'd been looking for something to re-start my walk/running career and this really appealed so I signed up! Decided to do the 5k distance (in my lunch hour) and my timekeeper was Eddie - member of the 100 Marathon Club UK - who made sure the route was marked out properly and I didn't cheat! 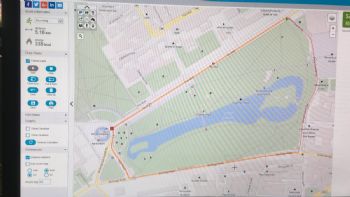 Two and a bit times around St James Park in central London was going to mean I was covering the same route the Elite London Marathoners took this year (although I went anti-clockwise - they had to go round 19 times!) 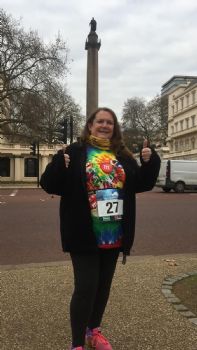 Just about to start and it was very chilly so initially wore a fleece. Here I am in the Mall 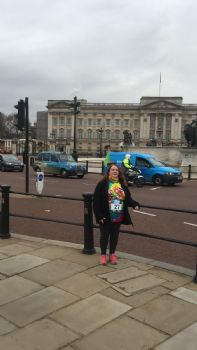 On route outside Buckingham Palace. Haven't run at all for a couple of years and my legs soon felt sore (although I walk about 3 miles in total Mondays to Fridays) so decided to just walk it out. 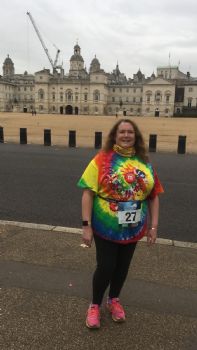 Outside Horse Guards where Trooping The Colour is held with The Queen every year. What a route eh?! 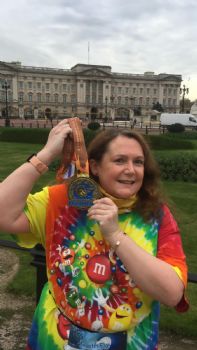 Then it was back to work.
Thoroughly enjoyed myself and intend doing many more