As most of my fellow Under Dawgs know, I have many animals, but not a dog. I'm the proud parent of five cats and two goats. We've been waiting for the right time to get a dog. Obviously, the animals we have take a lot of energy. Well, I guess the universe is telling us it's time!

My in-laws live next door to us and used to be German shepherd breeders. When I moved in with my husband, they had three senior dogs left. I HATE the way they treat dogs. They stick them out in a kennel outside and barely pay any attention to them. For people that spent a ton of money on pedigreed shepherds, they would buy them cheap food and provide basically no vet care. I've been campaigning for them to surrender them to a rescue for years. Since I've lived there, two of the dogs have passed away.

Both my in laws are in their 80s and have finally reached the point where they don't want to deal with a dog. There's one 85 lb. 11-year-old male left named Fritz. My husband convinced his parents we should take Fritz. So, now we have a dog. 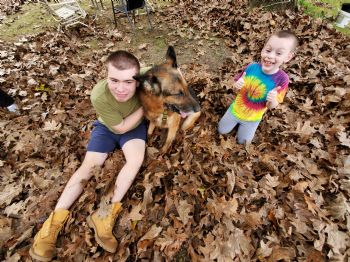 We took him to the vet last week and getting him bathed and groomed tomorrow. He's 11 and he's never been in a house, so we haven't been entirely sure how this is going to work. Right now, he's staying next to our goats in an empty goat pen. He's such a good natured dog, and I've been trying to get out to walk him every day. Good for him, good for me. We've been walking to the mailbox together every day, which is perfect because we have a long driveway, but it's not super far. He's got some arthritis. 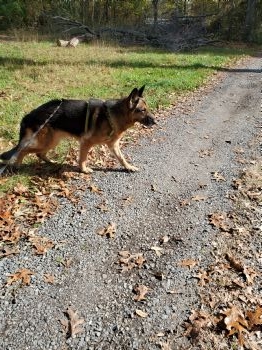 I'll keep everyone today's on our progress with this old man! Hopefully, he and I will be working out together regularly!
Share This Post With Others
Report Inappropriate Blog
Member Comments About This Blog Post