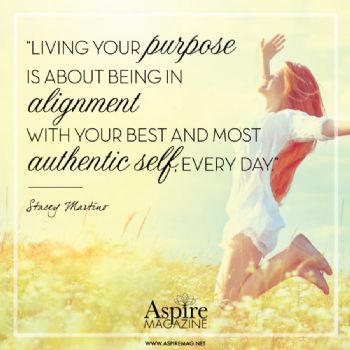 "Living your purpose is about being in alignment with your best and most authentic self, every day." Stacey Martino 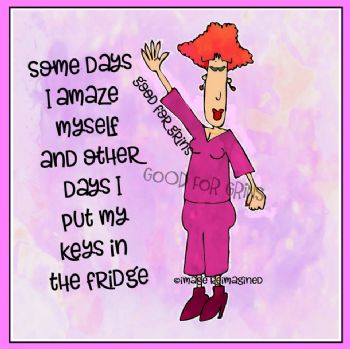 "Some days I amaze myself and other days, I put my keys in the fridge." 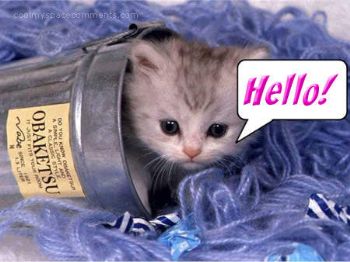 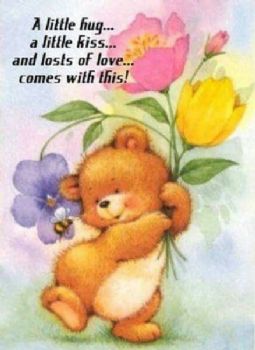 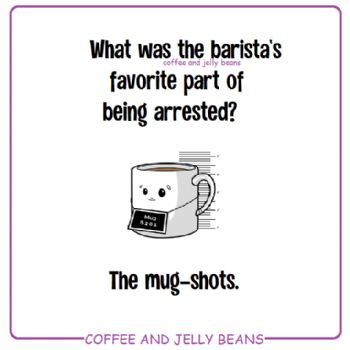 A magician was working on a cruise ship in the Caribbean. The audience would be different each week, so the magician allowed himself to do the same tricks over and over again.
There was only one problem: The captain’s parrot saw the shows every week and began to understand what the magician did in every trick. Once he understood that, he started shouting in the middle of the show.
“Look, it’s not the same hat!” “Look, he’s hiding the flowers under the table!” “Hey, why are all the cards the Ace of Spades?”
The magician was furious but couldn’t do anything, it was the captain’s parrot after all.
One day the ship had an accident and sank. The magician found himself on a piece of wood, in the middle of the ocean, and of course the parrot was by his side.
They stared at each other with hate, but did not utter a word. This went on for several days.
After a week the parrot finally said, “Okay, I give up. What’d you do with the boat?”


It's National Potato Day! Today is a salute to a very versatile root vegetable. The environmentally friendly food crop has played a huge role in our development, but rarely do we give our starchy friend a second thought. They’re cheap and ridiculously easy to grow, and don’t require massive amounts of fertilizer and chemical additives to thrive (although some growers still use them anyway). They’re also super cheap and good for you, providing you’re not eating them in fried form all the time. In 1995, potato plants were taken into space with the space shuttle Columbia. This marked the first time any food was ever grown in space. The world’s largest potato weighed in at 18 pounds, 4 ounces according to the Guinness Book of World Records. While potatoes may be synonymous with the Irish these days, they were grown in the Andes mountains centuries before Europeans ever set foot in the new world.
--American Beer Day: today is dedicated to the brews made in America; the US is second to China in number of breweries and amount produced with over 200 million barrels of American beer sold; beer making has been recorded since 6000 BCE Sumatra.
--Boxer Shorts Day: today celebrates the comfy form of undies for men and women; it's a good time to throw out the old and get some new.
--Cranky Co-Workers Day: this is their day to be left in peace and be cranky if they want; don't worry about trying to cheer them up today; save it for tomorrow.
--National Black Cat Day: started in the UK; today is a day to set aside the stigmas associated with black cats; there is a higher percentage of black cats looking for their forever homes with a lower adoption rate and a higher euthanization rate because of stereotypes; due to the superstitious times in Europe, very few black cats survived so it's rare for a cat to be totally black; there are different undertones to their black fur so they could have a rosy, bluish or other color casts when under a strong light.
--National Mentoring Day: observed in the UK; today highlights the importance of those who take others under their wing and help them thrive; is there someone around you who could use some of your guidance?
--National Tell a Story Day: observed in Scotland today, observed in the US on April 27; from cute-calendar: "National Tell a Story Day is observed in Scotland an U.K. on October 27, 2019. It celebrates story-telling of all kinds. Libraries celebrate this day with story telling hours for kids. Storytelling is the conveying of events in words, and images, often by improvisation or embellishment. Stories or narratives have been shared in every culture as a means of entertainment, education, cultural preservation, and instilling moral values. Crucial elements of stories and storytelling include plot, characters, and narrative point of view."
--Navy Day: the day chosen in 1922 for this holiday is the birthday of President Theodore Roosevelt who was a strong proponent of the Navy; the higher ups have tried to change the date but the tradition persists; today honors our sailors and their service on the seas for our country.
--Sylvia Plath Day: today celebrates the poet, born this day in 1932 in Boston MA; known for "confessional" poetry as she wrote deep and personal information in her poetry.
--World Day for Audiovisual Heritage: today honors the audiovisual documents such as film, radio and TV programs that are our communal heritage and are at risk of being lost due to improper care of the media; this day honors the preservation professionals who keep the old available for the future; started by UNESCO, audiovisual documents contain the primary records of the history of the 20th and 21st centuries.
--World Occupational Therapy Day: today celebrates the professionals who promote health and well-being through everyday activities and help patients regain skills to be independent.
-- In 1904, New York City Subway began operations and became the oldest subway system in the U.S. From bing: "More than 100,000 people pay a nickel each to take a first-day ride on something wondrous beneath New York City's streets, the IRT Company's new underground train system. The 'subway' will prove immediately popular to folks keen on escaping the crush of city streets above."
-- In 2004, the Red Sox won their first championship since 1918.
-- In 1682, the city of Philadelphia was founded by William Penn. From timeanddate: "The historical city in the State of Pennsylvania was founded by English entrepreneur, William Penn. Penn received the land as a payment to fulfill a debt that King Charles II owed to Penn’s father. Philadelphia is the only UNESCO-declared World Heritage City in the United States and it was temporarily the capital of the United States in the 1800s."
--In 1275, Amsterdam was founded around a dam. From bing: "Catastrophic flooding in the Low Countries is all too common, so the River Amstel gets a dam and the community surrounding it gets a name, 'Aemstelredamme.' The small town will grow into the 17th-century's richest city in the world and one of the most important capitals in history, Amsterdam."

Just a reminder: Today is the day the USPS recommends you mail your ballot in if you are voting by mail. This will allow enough time for your ballot to reach your voting center and be counted properly. Especially in states such as Wisconsin that are not counting ballots received after November 3 even if postmarked on the 3rd.

MAIL YOUR BALLOTS TODAY! ALL VOTES ARE IMPORTANT!