Leaf Peepers to be exact. We decided to drive the river road north to south and see the leaves. Even though it was cloudy/overcast it was our last chance.

A fast, but legal, drive north about 2.5 hours to Effigy Mounds National Park overlooking the Mississippi. 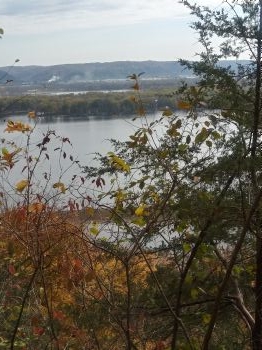 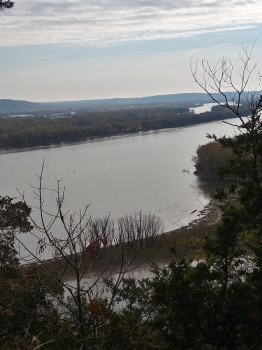 We were almost done in by the first 30 minutes. It is switchbacks up from the valley to the top of the cliffs. It was much easier 10 years ago!!! But after that it was much easier going and when we hit our turning point we were quite ready to walk back to the parking lot. We were further from the edge and walking more on the spine of the hill/mountain/whatever! so it was a little more level.

This picture does not do it justice as to how green the moss on the rock was. Bright emerald. 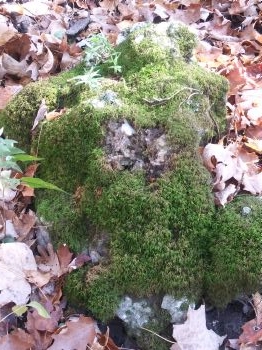 For a brief time we had sun on the turning leaves. 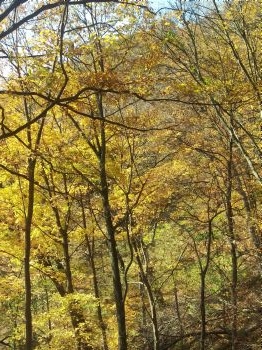 So we were peepers "Oh look Martha! There's a leaf!!" "Stop the car, George! I've got to get a picture."

Such are the things said in our car if we ever drive in the middle of leaf season!