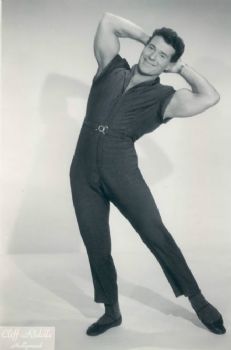 You may not know or remember Jack Lalanne. In the 1950's, he invented a number of exercise machines, was a body builder, but most importantly, he had a long running exercise tv show and nationwide gyms which, for the first time, encouraged women to exercise.

He was raised as a Seventh Day Adventist, which influenced him to eat a vegetarian diet with many fresh fruits and vegetables in his diet. Later, he incorporated a small amount of fish in his evening meal, only.

Jack lived to be 96 and throughout his life worked out two hours a day! You may think that his best feats were in his youner years, but you would be wrong. Here, courtesy of Wikipedia, are his amazing accomplishments AFTER he was 60:

One thing Jack did when exercising was to work out with weights repeatedly until his muscles were fatigued--he couldn't do it anymore. Today, that is called "training to failure." Today, I am raking leaves in a rapid manner and hauling loads to my garden where it will smother the weeds and feed the plants organically. Yesterday, I was able to do this for 45 minutes. Today I hope to do it longer. I want to run/walk (wogging, I call it) until I can't anymore--not just stop at the 30 minutes whether I'm tired or not.

I have been thinking alot about people who are able to be fit and strong in their later lives.I am building my endurance for running and trying to work all my muscle groups so I can do the things I enjoy later in life--swimming, hiking, canoeing/kayaking. By working all my muscle groups, I will be less likely to injure myself. I want to be able to grow my own food, paint my house, wash my floors--basically age in place. I can see my stamina increase with daily exercise and hard work on the farm. You can't do that if you are sedentary and wonder years later why your body won't work right. It's never too late to change--I know I have since I began my later-in-life journey to peak health.