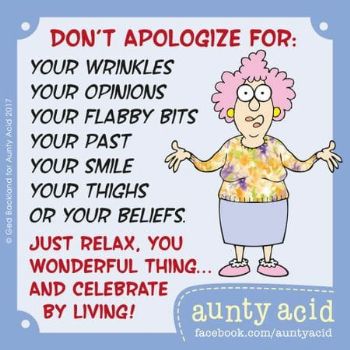 "Don't apologize for: your wrinkles, your opinions, your flabby bits, your past, your smile, your thighs or your beliefs. Just relax, you wonderful thing, and celebrate by living!" 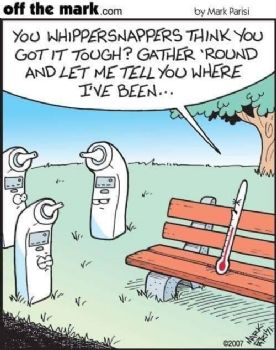 "You whippersnappers think you got it tough? Gather 'round and let me tell you where I've been." 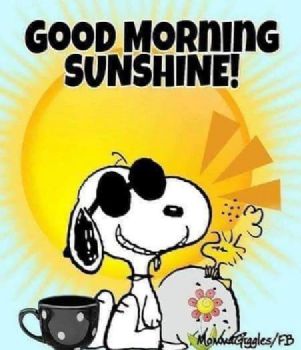 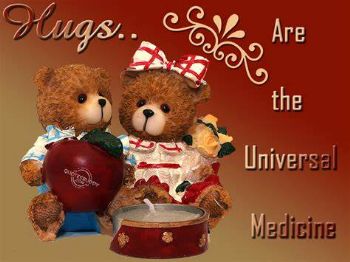 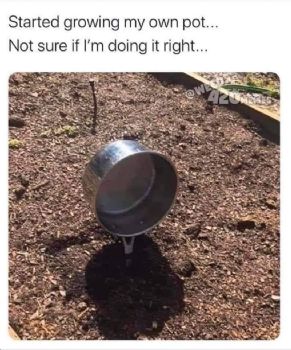 A mechanic was removing a cylinder-head from the motor of a Harley motorcycle when he spotted a well-known cardiologist in his shop.
The cardiologist was there waiting for the service manager to come and take a look at his bike when the mechanic shouted across the garage:
“Hey, Doc, want to take a look at this?”
The cardiologist, a bit surprised, walked over to where the mechanic was working on the motorcycle.
The mechanic straightened up, wiped his hands on a rag and asked, “So Doc, look at this engine. I open its’ heart, take the valves out, repair any damage, and then put them back in, and when I finish, it works just like new. So how come I make $39,675 a year and you get the really big bucks ($1,695,759) when you and I are doing basically the same work?”
The cardiologist paused, smiled and leaned over, then whispered to the mechanic.
“Try doing it with the engine running”

It's World Elephant Day! It's a day to remember the habitat and poaching crises those amazing giants are facing and do what we can to save them. From Bing: "Poaching and habitat loss have decimated elephant populations. In Africa, there are an estimated 350,000 elephants, but there are only about 40,000 Asian elephants alive today, with one in three of those living in captivity. Another depressing statistic: Every day, poachers kill about 100 African elephants for their ivory tusks, meat, and body parts, which is faster than these majestic giants can reproduce. World Elephant Day was established in 2012 to raise awareness of the plight of elephants and prompt action on their behalf." " Bonus fact: In increasing numbers, African elephants are being born without tusks due to a gene mutation as a result of poaching."
--IBM PC Day: today commemorates when IBM came out with its PC, the 5150, in 1981; our lives were greatly changed.
--International Youth Day: today is an UN initiative; a day to help the programs that help our youth around the world; to recognize young people as essential partners in change to face the challenges of our future.
--National Julienne Fries Day: aka French Fries which actually originated in Belgium; their first appearance was at a diplomatic dinner given by Thomas Jefferson.
--National Middle Child Day: today is dedicated to the middle children who felt left out and was constantly being told they were too old or too young for the privileges enjoyed by our siblings; were you a middle child?
--Royal National Agricultural Show; observed in Australia on the 2nd or 3rd Wednesday of August; from nationaltoday: "Dogwood dogs, Bertie Beetle show bags, fireworks display, and a whole day of fun and relaxation! If you’re from the Sunshine State, you know what we are talking about — the Royal Agricultural National Show Day — or the Ekka! Every year it takes place on the second or third Wednesday in August at the Brisbane Showgrounds. (August 12 in 2020.) It’s a public holiday in Queensland and the festival lasts 10 whole days. Great food, awesome rides, prize-winning animals, crafts, a grand parade, and night show with spectacular fireworks! No wonder the happy people of Queensland are so proud of this event."
--Truck Driver Day: today is a salute to the professionals who transport our belongings, food, supplies and everything this nation needs across the long highways, coast to coast.
--Vinyl Record Day: today commemorates Thomas Edison's invention, the phonograph, in 1877, which ties in with the vinyl records we remember in our youth; that's a lot of memories; there's just something special about the sound of the needle on the record.
--World Calligraphy Day: observed on the Wednesday of the 2nd full week of August; today is a salute to the art in written form; all civilizations through the centuries have had different forms and versions of calligraphy.
--Peak of Perseid Meteor Showers may still show tonight; an excellent family activity, get outside where there's minimal city lights and watch for the shooting stars; make a wish tonight.