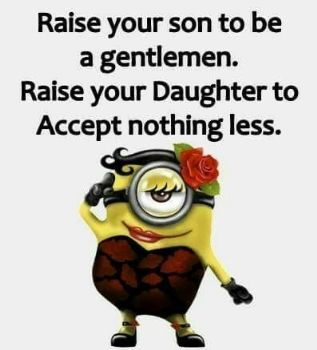 J. Henry Dusenberry of St. Joseph, Missouri, a hotel employee who had previously been the business manager of old Missouri Wesleyan College, was behind the movement for the creation of a day dedicated to sons and daughters. In 1936, he got the idea to have a day to honor sons and daughters just like there had been a day to honor mothers and fathers, after he heard a young person ask why there wasn't such a day. He started trying to get recognition for the day, known as Sons and Daughters' Day, in the spring of 1936. Clubs were formed in 22 states to boost the movement for the day; the first club was in St. Joseph, and Dusenberry was named its president. The day was held on the fourth Sunday of October. To observe the day, parents were to put a vase in a prominent place in their home, and a flower was to be put in it for each child, including for children no longer living at home and for deceased children. Each flower was to be named for the child it represented.

The holiday was celebrated in 22 states by 1944, and there were aims for it to expand nationwide, but it appears it never came to fruition. Although no national day for sons and daughters came out of Dusenberry's efforts, days dedicated to children continued on the local level, being celebrated by various Lions Clubs and women's auxiliaries. The push for a national holiday reemerged in the early 1970s. On October 12, 1972, Claude Pepper, a congressman from Florida's 11th District, made remarks in support of—and introduced a resolution for—the establishment of Sons' and Daughters' Day on the last Sunday in January. The creation of this day had been pushed for two years by Mrs. Georgia Paul from Del Rio, Texas. She was inspired to create a day celebrating all sons and daughters following the death of her son, George. Pepper's resolution didn't gain traction, neither did a similar resolution he introduced in 1980.

According to some sources, the first record of an August celebration dedicated to sons and daughters appeared in the Canadian newspaper Nanaimo Daily News in 1988. It is uncertain how the day got its start. Nonetheless, today we celebrate children with Son and Daughter Day!

Today we celebrate sons and daughters! If you have children, the best thing you can do today is spend some quality time with them. Perhaps you could do some of their favorite activities with them, take them to their favorite restaurant, or share family stories or stories of their youth with them. You also could give them a gift, make something for them, or, if they are older and no longer live near you, you could give them a call. Overall, the day is for working to strengthen the bond you have with your children. If you do not have children, you could use the day to connect with your parents, or you could connect with an adult who mentored you or a young person you are mentoring now.

Did You Know ~
I was never a photogenic person, because when everyone said cheese I said "WHERE"?
Share This Post With Others
Report Inappropriate Blog
Member Comments About This Blog Post