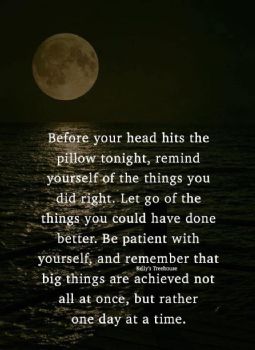 Before your head hits the pillow tonight, remind yourself of the things you did right. Let go of the things you could have done better. Be patient with yourself, and remember that big things are achieved not all at once, but rather one day at a time." 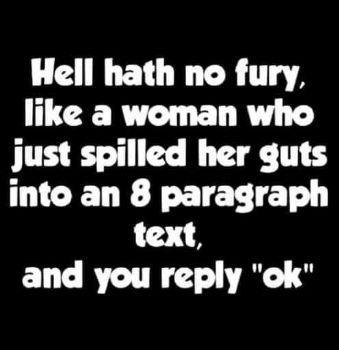 "Hell hath no fury, like a woman who just spilled her guts into an 8 paragraph text, and you reply 'ok'." 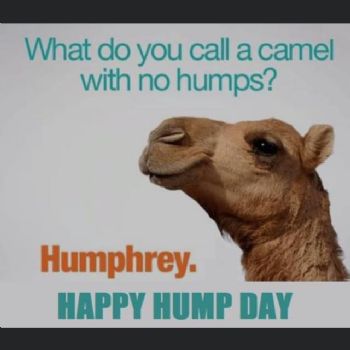 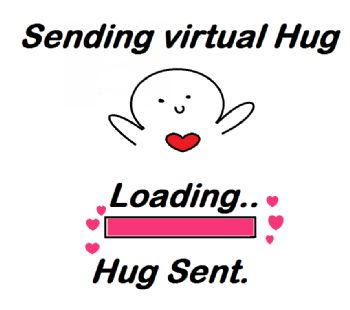 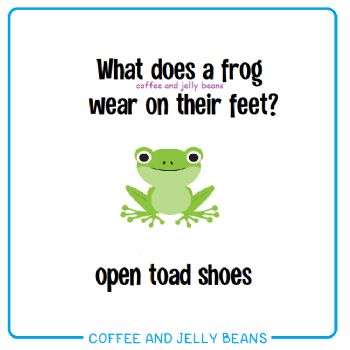 A doctor was having an affair with his nurse.
Shortly afterward, she told him she was pregnant.
Not wanting his wife to know, he gave the nurse a sum of money and asked her to go to Italy and have the baby there.
“But how will I let you know the baby is born?” she asked.
He replied, “Just send me a postcard and write ‘spaghetti’ on the back. I’ll take care of expenses.”
Not knowing what else to do, the nurse took the money and flew to Italy.

Six months went by and then one-day the doctor’s wife called him at the office and explained, “Dear, you received a very strange postcard in the mail today from Europe, and I don’t understand what it means.”
The doctor said, “Just wait until I get home and I will explain it to you.”
Later that evening, the doctor came home, read the postcard, fell to the floor with a heart attack.
Paramedics rushed him to the ER.
The lead medic stayed back to comfort the wife.
He asked what trauma had precipitated the cardiac arrest.
So the wife picked up the card and read, “Spaghetti, Spaghetti, Spaghetti, Spaghetti – Two with sausage and meatballs, two without.”


American Bandstand debuted this day on nationwide TV in 1957 with Dick Clark as emcee. It would become a mainstay of American culture and air for 32 years.
--Green Peppers Day: technically, green peppers are a fruit; full of vitamins, green peppers are added to many dishes to add taste and color.
--International Traffic Light Day: on the August 5, 1914, the first electric traffic light was installed in Cleveland, Ohio at the corner of E. 105th St and Euclid Ave; there was a set of lights for each direction but they had to be changed manually by someone in a booth; there was a sign version installed in 1868 London and was changed manually; the traffic lights continued to be improved but they still needed to changed by an officer till 1922 when timers were added to change the lights automatically.
--National Oyster Day: a salute to these delectable mollusks; there are over 100 species, each different because oysters tend to take on the characteristics of the water where they're growing; oysters has been an important food source since ancient man and the farming of oysters has been happening since ancient Rome.
--National Underwear Day: those bits of clothing we take for granted have a long history as mankind changed its design and materials looking for utility and comfort.
--Regatta Day: observed in the Newfoundland and Labrador regions of Canada, the boat races go back to the 1800's, on the first Wednesday of August; if the weather isn't conducive to sailing, then it's just a day off.
--Work Like a Dog Day: today is a reminder to really dig in and give it your all; also, maybe give a treat to someone who has been working some really long hours.