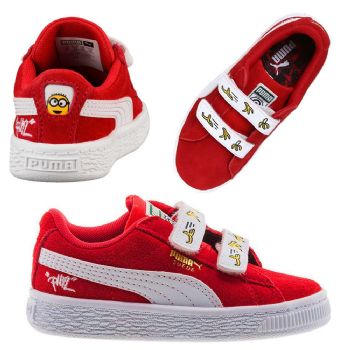 International Red Shoe Day
International Red Shoe Day remembers and celebrates all those who have passed away from Lyme disease and other "invisible diseases" such as fibromyalgia and chronic fatigue syndrome. It was founded in memory of Theda Myint of Australia, who passed away from Lyme disease on July 25, 2013. Some of her friends who were in an Australian Lyme disease support group came up with the day. A friend asked what her favorite color had been, and was told, "Her favourite colour was green, unless it was shoes! She loved red shoes." Karen Smith, another of Theda's friends, then asked, "Red Shoe Day in her memory?" giving the idea for the holiday.

Karen Smith and Lisa Hilton then founded the Global Lyme & Invisible Illness Organization, and afterward officially created the holiday. It was first observed on the one-year anniversary of Theda's death. The day was marked by people remembering and sharing memories of those they had lost, and by the wearing of red shoes. The inaugural observation was also marked with a gathering at Cottesloe Beach in Western Australia.

Each year, the holiday remembers Theda and all those who have passed away from Lyme or other "invisible diseases." Their memories are celebrated, and observers wear red shoes. The diseases are known as invisible for a few reasons. For one, a person who has such a disease may not even look sick. For another, research, treatment, and care for such diseases are often not as robust as they are for other diseases. Third, those who suffer from the diseases may be confined to their houses or beds for long periods of time, and may not be seen elsewhere, almost seeming like they are invisible. Originally known simply as Red Shoe Day, the holiday eventually became known as International Red Shoe Day as it reached more countries.

The easiest and most obvious way to observe the day is to wear red shoes! Make sure to take pictures of your shoes and post on social media, letting others know about the holiday. Maybe you know someone who has lost their life on account of Lyme or another "invisible disease." You could observe the day in their honor, or in honor of all of those who have lost their lives that you never knew. You could join the Global Lyme & Invisible Illness Organization, the group behind International Red Shoe Day. You could also support organizations such as the American Lyme Disease Foundation, the National Fibromyalgia Association, or the Solve ME/CFS Initiative.