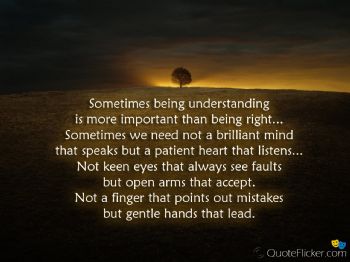 "Sometimes being understanding is more important than being right. Sometimes we need not a brilliant mind that speaks but a patient heart that listens. Not keen eyes that always see faults but open arms that accept. Not a finger that points out mistakes but gentle hands that lead." 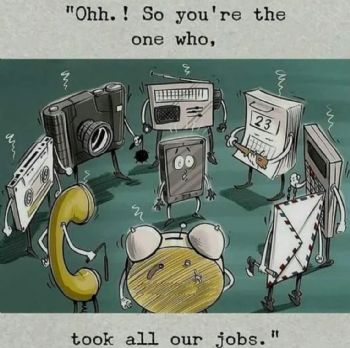 "Ohh! So you're the one who took all our jobs." 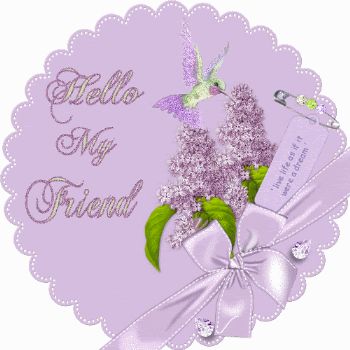 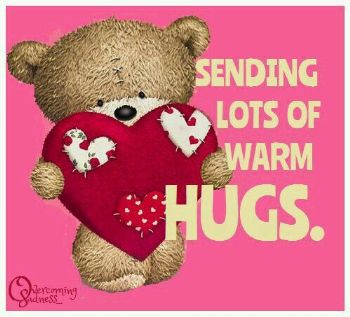 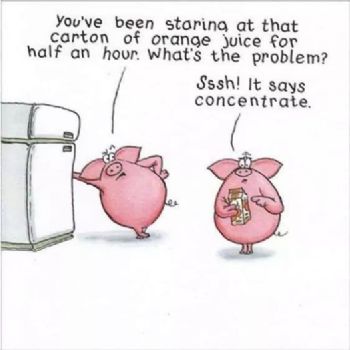 A customer was continually bothering the waiter in a restaurant; first, he’d asked that the air conditioning be turned up because he was too hot, then he asked it be turned down cause he was too cold, and so on for about half an hour.
Surprisingly, the waiter was very patient, walking back and forth and never once getting angry.
So finally, a second customer asked why didn’t they just throw out the pest.
“Oh I don’t care.” said the waiter with a smile. “We don’t even have an air conditioner.”

It's Yada, Yada, Yada Day! This phrase has been noted in the 1940's vaudeville, but became famous by TV's Seinfeld in the 1990's. It's a phrase that means "blah, blah, blah" such as directed at our politicians.
--Gorgeous Grandma Day: created by Alice Solomon in 1984 when she graduated from Wellesley College at the age of 50; she wanted to stop society's tendency to see women who were 50+ as no longer useful or relevant; if you're 50+ (grandma or not), remember you are gorgeous and strut your stuff; if you have a grandma, be sure to remind her she is gorgeous.
--Hot Enough For Ya? Day: since the North Hemisphere is in the midst of summer, the assumption is the phrase is apropos no matter what; to celebrate, go around asking everybody if they think it's hot enough.
--National Refreshment Day: observed on the 4th Thursday of July; very little info about why this holiday was created but today is intended to salute a cold beer on a hot day.
--Peanut Butter and Chocolate Day: today is salute to a glorious combination whether it's Reese's Peanut Butter Cups or a delicious peanut butter and chocolate ice cream; the history of when these two were joined is not clear but individually they've been part of society's world for a long time; Peanut Butter has been with us since the time of the Aztecs, where it was unexpectedly used as a sort of toothache remedy, while chocolate was used as an offering to the gods and a drink of royalty.
Sprinkle Day: today is a salute to those little confectionary decorations that add fun to any cupcake or ice cream; they were originally referred to as Nonpareils and can be found as early as the 18th Century, though there is evidence to suggest that they were in use even earlier than that; in Holland they’re known as hagelslag, in Philadelphia and Boston they’re known as Jimmies, in Indonesia they’re known as meses, and in Belgium, they’re known by the somewhat whimsical muizenstrontjes or mouse droppings; in Australia and New Zealand, there’s a special treat made using candy sprinkles known as fairy bread, which involves buttered white bread with sugar sprinkles on top!
--World Sjogren's Day: on the birthday of Swedish ophthalmologist Dr. Henrik Sjogren (1899), we salute his identification in 1933 of the Sjogren Syndrome, an autoimmune inflammatory disease which affects moisture-producing glands such as the eyes; it's a rare disease and today raises awareness of the symptoms which are difficult to differentiate and the treatments.
--National Vanilla Ice Cream Day: we had Ice Cream Day two days ago, so now we salute the most favorite flavor. Here's some history to peruse while you savor your vanilla ice cream: From daysoftheyear: "Like most ice cream flavors, vanilla ice cream was created originally by cooling a mixture of vanilla, sugar, and cream above a container of salt and ice. The sort of vanilla that is used to flavor ice cream varies based on located. In Ireland, more of anise-like flavor is chosen. In North America, a smoky flavor is more desirable.
So, who do we have to praise for this tasty and incredible creation? Well, you need to start by understanding the origins of both vanilla and ice cream first! Ice cream can be traced back to the 14th century. There is evidence that ice cream was served during the Yuan period in the Mogul Court.
The idea of using a mix of salt and ice for the refrigerating effect, though, began in Asia. The method then spread when the Moors and Arabs traveled to Spain, between 711 and 1492. The Italians became involved in making ice cream once this method had spread to Europe. By the early 18th century, there were recipes for ice cream in France as well. The French added egg yolks or egg to the recipe to create a richer and smoother food.
Vanilla was first used amongst people from Mexico. By the 1500s, Spanish conquistadors, who were exploring present-day Mexico, had come across Meso-American individuals who were consuming vanilla in their foods and drinks. Because of this, the conquistadors brought vanilla back to Spain.
In Spain, they started using vanilla to flavor a chocolate drink that consisted of honey, water, corn, vanilla, and cacao beans. The drink eventually spread to England and France, and then the rest of Europe by the early 1600s. In 1602, the apothecary of Queen Elizabeth I, Hugh Morgan, suggested that vanilla should be used separately from cocoa.
When this happened, the French really started to use vanilla in drinks and foods without cacao, and they started to flavor ice cream with it. When Thomas Jefferson discovered vanilla ice cream in France, he brought the recipe back to the United States with him, where the natural color of the ice cream was brown."