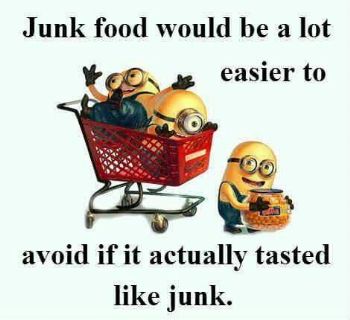 National Junk Food Day
Junk Food Day is devoted to junk food, which is food mostly devoid of nutritional value, but instead high in fat, sugar, and salt, and often highly processed. When eaten in high amounts, junk food may impact energy levels, contribute to obesity and cardiovascular disease, and advance other health problems. It may even alter brain activity and affect emotional well-being.

The word "junk food" is usually thought to date back to the early 1950s, although some have credited Michael F. Jacobson of the Center for Science in Public Interest as coining the term in 1972. Junk food has since become a part of American culture, although there has been much effort to curtail its growth over the years.

You can interpret the day and celebrate however you would like. Eating as much of, and whatever junk food that seems appealing may be the most fitting. Conversely, the day could be used to raise awareness about the harmful effects of junk food, and about the need for access to healthy, high-quality food. To learn more about junk food, pick up a copy of the Encyclopedia of Junk Food and Fast Food. You could also celebrate the day by listening to "Junk Food Junkie" by Larry Groce.

Did You Know ~
Diet Coke: Making people feel better about ordering two Big Macs and a large fry since 1982.
Share This Post With Others
Report Inappropriate Blog
Member Comments About This Blog Post