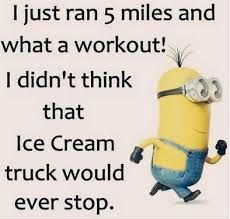 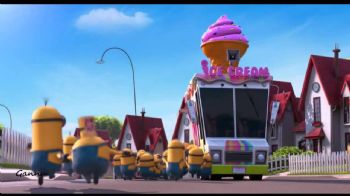 National Ice Cream Day
Today we celebrate ice cream. On May 17, 1984, a bill was introduced by Senator Walter Dee Huddleston of Kentucky, to designate July 1984 as National Ice Cream Month, and July 15, 1984, as National Ice Cream Day. Senate Joint Resolution 298 was passed and became law after being signed by President Ronald Reagan on July 2. On July 9, President Reagan issued Proclamation 5219. In it, he called ice cream a "nutritious and wholesome food" that over ninety percent of American citizens ate. He said that almost ten percent of the milk from dairy farms was used to make ice cream at the time. He also said that ice cream provided thousands of jobs for citizens, and was an integral part of the dairy industry. Although the law was officially just for 1984, the day and the month have both continued to be celebrated. July 15, 1984, was the third Sunday of the month, and National Ice Cream Day has since been celebrated on the third Sunday of July.

Ice cream is made with ingredients such as eggs, cream, vanilla, milk, and sugar. The forerunners of ice cream were flavored snow and ice. Marco Polo later brought a recipe that resembled sherbet back to Italy, which developed into ice cream there sometime during the sixteenth century. In England and France, royalty were the first to eat foods similar to ice cream. "Cream Ice" was eaten by Charles I of England in the seventeenth century, and Catherine de Medici of Italy introduced a similar frozen treat to France in the mid-sixteenth century, after she married French King Henry II. The general public began eating ice cream around 1660.

The first record of ice cream in what would become America dates to 1744 and the first advertisement for ice cream in the country dates to 1777. George Washington enjoyed ice cream, and a record from a merchant shows he spent $200 on ice cream during the summer of 1790. Ice cream pots were also later found at Mount Vernon. Ice cream continued to be a treat of the elite until around 1800 when changes in technology helped expand ice cream popularity and production. Changes such as the invention of steam power, mechanical refrigeration, the homogenizer, motors and electric power, and motorized delivery vehicles all had an impact on ice cream production and consumption. In 1874 the ice cream soda was invented, followed shortly thereafter by the invention of the ice cream sundae; both acted as catalysts for the rise of ice cream parlors and soda fountains. These started to disappear with the proliferation of prepackaged ice cream in the mid-twentieth century, but ice cream centered shops are now resurgent in the twenty-first century.

In Reagan's proclamation, he called upon citizens to "observe these events with appropriate ceremonies and activities." We can only interpret this to mean that ice cream should be eaten today. You could eat some at home, perhaps even making it yourself. Keep a lookout for deals at ice cream shops and restaurants on the day, as many places have them. Perhaps you could have some ice cream at one of the best ice cream shops in the United States.

Did You Know ~
I tried looking up ice cream puns on the Internet, but then my browser froze.
Share This Post With Others
Report Inappropriate Blog
Member Comments About This Blog Post