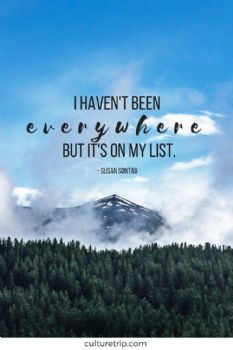 "I haven't' been everywhere but it's on my list." Susan Sontag 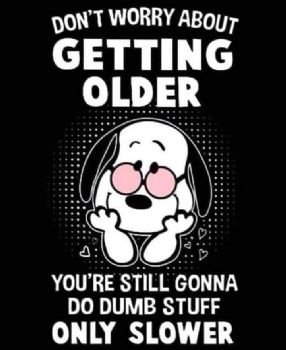 "Don't worry about getting older. You're still gonna do dumb stuff, only slower." 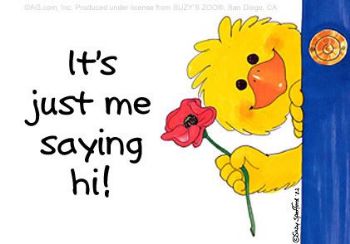 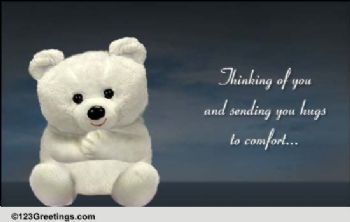 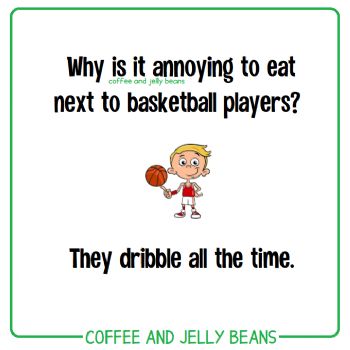 After a weekend vacation, a sergeant got to the military base only to find out that none of his soldiers made it on time.
It took 3 hours before they started showing up. By then he was about to explode with rage.
He decided to summon each of them to his office to get an explanation.
The first soldier walks in, and the sergeant asks: “Well, what’s your excuse for showing up so late?”
“Sorry, sir! I can explain! You see, I was late for the bus and had to hitchhike, no cars stopped and then suddenly an old man driving a horse and buggy stops and offers me a ride!
Well, you know, I couldn’t refuse the man’s kind gesture, and I got on, only it took forever to get here and that’s why I was late!”
“HMMPH,” said the surprised sergeant. “I guess that’s a reasonable explanation,” and he let the soldier go.
He called the next soldier in and asked for his excuse.
“Sorry, sir! I can explain! You see, I was late for the bus and had to hitchhike, then this old woman with a horse and buggy stopped for me…”
And the soldier tells him the same story, that he was late because the buggy was so slow.
One after another, all the soldiers file in and tell him the exact same story. They all felt too bad to say no, and were late as a consequence.
The last soldier then walks in, and the sergeant, now quite angry says: “I suppose you hitch-hiked too?” His voice was dripping with sarcasm.
“YES SIR!”
“And I suppose you also got a ride?”
“YES SIR!”
“And I suppose it was on a horse and buggy?”
“NO SIR!”
“NO???” asked the surprised sergeant.
“NO SIR, it was a 2014 Mercedes, SIR!”
“Then why the heck were you late?!”
“We tried to make good time sir,” answered the soldier apologetically,
“But the road was completely blocked with horses and buggies!”

It's National Pet Fire Safety Day! Today raises awareness of not only how to keep our pets safe during a fire but also the fact that some fires are caused by our pets knocking things over. In one example, a dog was trying to reach a cake on the stove and its paws rubbed against the stove knob and turned on the gas burner (a lot of smoke, fire dept. called--dog and house were okay). Look around your home and check for anything that could be a potential fire hazard, just as you would for a toddler.
--Gummi Worm Day: today is a salute to a wiggly, yummy and chewy treat; the first gummi was the Gummi Bear, created in the 1920's by Hans Riegel, founder of Haribo; in 1981, a German company, Trolli, created the Gummi Worms.
--I Love Horses Day: today is a salute to the creatures that played an important role in our history; horses helped us explore new territories, deliver mail and served in wars; if you can, give a treat to a horse (with the owner's permission).
--Income Tax Pay Day: also known as Tax Day; ordinarily this would have been on April 15th but, due to the pandemic, the US taxes were postponed to today; your taxes or a file extension request are due today; panicking won't help; the IRS didn't become part of the government until 1862.
--National Be a Dork Day: today is the day to act like a dork; make goofy selfies, dress goofy and act goofy; let your inner dork free without worry.
--National Give Something Away Day: today is the day to clear out your closets, or even buy coffee for the person behind you, or donate to the food pantry; today is about giving of yourself for someone else.
--National Respect Canada Day: today is for Americans to show respect to Canada; take time to learn of Canada's rich history, culture and traditions; we have several Sparkers from Canada, so today is a good day to ask them about their cities.
--National Tapioca Pudding Day: one of my favorite desserts as a kid; tapioca is a starch from the cassava root, native to North Region of Brazil.
--Orange Chicken Day: a salute to a version of a recipe for chicken; not a reference to a certain person; a North American Chinese dish of chicken, ginger, garlic and sesame oil in an orange sauce.
"--Saint Swithin's Day: observed in the UK; for our history lesson, from checkiday.com: Saint Swithin (or Swithun) was born in Winchester, England, in about 800. He became counselor of the Saxon kings Egbert and Ethelwulf, and then Anglo-Saxon bishop of Winchester from 852 until his death in 862. He was originally buried in front of the Old Minster Cathedral—the cathedral that preceded the Winchester Cathedral—as he had requested. He wanted this to be his resting place so that rain would fall on his grave, and because ""the feet of ordinary men could pass over him.""
After becoming the patron saint of the cathedral's Benedictine monastery, his body was dug up on July 15, 971; his bones were placed in a reliquary and he was buried in a shrine inside the cathedral. This was seen as going against Swithin's wishes, and legend has it that it then rained over the cathedral for 40 days—a sign of heaven's anger at the reburial. The earliest reference of the weather on the day was in the thirteenth or fourteenth century, in a manuscript from Emmanuel College, Cambridge.
Saint Swithin's Day takes place on July 15, the day that his remains were moved. According to legend, whatever the weather is on that day, it is supposed to be the same for the next 40 days. If it is rain, then it will continue to rain; if it is sunny, the sun won't let up for 40 days. This is best summed up in a poem from shortly after the day began being observed:
St Swithin's day, if thou dost rain
For forty days it will remain
St Swithin's day, if thou be fair
For forty days 'twill rain na mair
The Royal Meteorological Society said there is no evidence that it has ever happened since records began being recorded. Although, in mid-July, the jet stream usually has a consistent pattern. If the jet stream is in the northern part of the United Kingdom, continental high pressure moves in and brings warmth and sunshine. It the jet stream is further south, Arctic and Atlantic weather systems bring colder and wetter weather. Still, there has never been 40 days without some sort of change in the weather.
And whatever became of the remains of Saint Swithin? After the current Winchester Cathedral was built in the eleventh century by the Normans, Swithin's reliquary was placed behind the altar. Many made pilgrimages to the site and believed his remains brought healing. In the sixteenth century, King Henry VIII took control of the Catholic Church in England and declared himself the leader of the Church of England. On September 21, 1538, the king's commissioners smashed up Swithin's shrine and took its valuables. Nothing remains of it today except a memorial."
--Take Your Poet to Work Day: observed on the 3rd Wednesday of July; the idea of today is to take to work the writings of your favorite poet to share with your coworkers; maybe discuss the merits over lunch.
--World Youth Skills Day: today is an UN observance; young people are 3 times more likely to be unemployed than adults, often because they lack certain skills; today raises awareness of the need for training in relevant skills to assist our youth.