It Makes Your Clothes Shrink 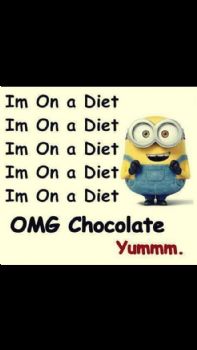 Chocolate Day
Chocolate Day celebrates chocolate, the sweet treat that is made from the cocoa bean. The holiday takes place on what some accounts say is the anniversary of when chocolate was introduced in Europe, in 1550. There are various chocolate days throughout the year, and this one is also commonly known as World Chocolate Day, and sometimes as International Chocolate Day.

Chocolate comes from a bean called Theobroma cacao. The word "chocolate" itself comes from the Spanish, and it stems from the Aztec word xocolatl, which means "bitter water". The Aztecs pounded the cacao beans and drank them without adding any sugar, and they thought the beans came from the gods. Indeed, Theobroma means "food of the gods". Cocoa beans are about 50% "cocoa butter" and 50% "chocolate liquor". Hernando Cortés brought cocoa beans back to Spain, and a chocolate drink that included sugar became popular right away. This seems to contradict the accounts that say chocolate wasn't introduced in Europe until 1550. The word "chocolate" first appeared in print, in England, in 1604.

During the 18th century, a chocolate drink became fashionable throughout Europe, and it first became manufactured in what would become the United States in 1765. The first chocolate factory opened in the United States in 1780, but hard chocolate candy was not yet made until the dawn of the 19th century. Hardened chocolate candy bars first became being sold on a large scale by the Cadbury Company of England in 1842, and "chocolate creams"—candies with sugar-cream centers—were first eaten by Americans in the 1860's.

Milk chocolate was first made by the Swiss in 1875 when Daniel Peter added his chocolate to the newly-discovered sweetened condensed milk of Henry Nestlé, and it became popular in America and Europe. Milton S. Hershey, who had been in the candy business since the age of fourteen, and who had been quite successful with his Lancaster Caramel Company, was enamored by the chocolate making he saw at the 1893 Columbian Exposition in Chicago—especially the making of milk chocolate. The first milk chocolate Hershey bar was produced in 1900, and by 1905 Hershey's enormous factory in Derry Township, Pennsylvania, was in operation. With Hershey's support, a company town sprang up around the factory, and milk from nearby farms was used in making the milk chocolate. Milton Hershey invented the Hershey's kiss in 1907, and its trademark foil wrapper was added in 1924. Hershey provided troops in World War II with a Ration D bar, and later the better-tasting Tropical Chocolate Bar. These chocolate bars were resistant to temperatures higher than ninety degrees Fahrenheit. Besides Hershey bars and kisses, many other popular types of chocolate candies are under the Hershey's umbrella, including Almond Joy, Mounds, and Reese's. Another popular candy manufacturer in the United States is Mars, which produces chocolate candy bars such as Snickers and Twix.

In addition to being used in candy bars, chocolate is used in cakes, cookies, syrups, fudge, shakes, and many other desserts. It is strongly associated with holidays such as Valentine's Day and Easter, and it can even be quite healthy if the dark chocolate variety is consumed!

Chocolate Day must be celebrated by eating chocolate! Try one of the many types of candy bars or other treats mentioned in the description. If you want to be health conscious, try some dark chocolate. If you don't want to just eat a chocolate bar, there are many other chocolate desserts you could try to make!

Did You Know ~
His wife can eat one Reese's peanut butter cup and save the other one for later, so he's clearly married to a supernatural being.
Share This Post With Others
Report Inappropriate Blog
Member Comments About This Blog Post