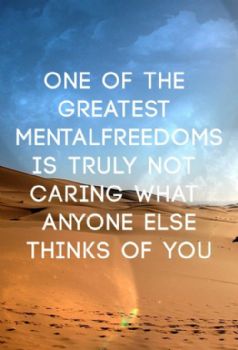 "One of the greatest mental freedoms is truly not caring what anyone else thinks of you." 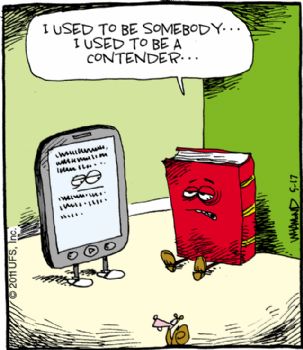 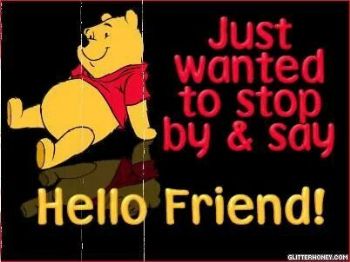 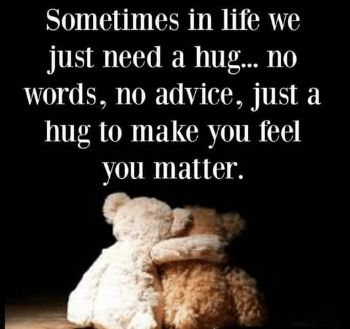 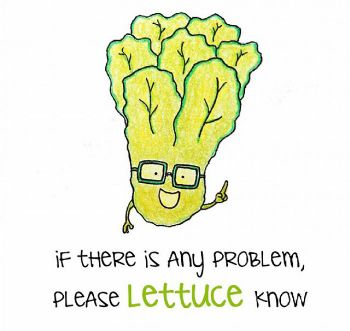 Johnny paid his way through college by being a waiter in a restaurant.
“What’s the usual tip?” asked a customer.
“Well,” said Johnny, “this is my first day, but the other guys said that, if I got five dollars out of you, I’d be doing great.”
“Is that so?” growled the customer. “In that case, here’s twenty dollars.”
“Thanks. I’ll put it in my college fund,” Johnny said.
“By the way, what are you studying?” asked the customer.
“Applied psychology.”

It's Happy Heart Hugs Day! It's a day to rejoice in the happiness of hugging pets and family. Feel your heart sing with joy.
--America's Kids Day: observed on the 4th Sunday of June; remember learning about Ben Franklin and Abraham Lincoln when we were kids?; today is dedicated to helping American kids recognize their heritage, American history and values; a day to learn about leaders such as Franklin, Lincoln, Martin Luther King, Jr., Elizabeth Cady Stanton, Amelia Earhart, Mary Jackson and the Apollo astronauts; people who represented the best of America.
--Ceviche Day: today is a salute to a seafood dish popular in the Caribbean and Latin American countries; ceviche is made from fresh fish cured with lemon and/or line juice.
--Christopher Street Day: commemorates the raid of the Stonewall Inn on Christopher Street, NYC, in 1969, by the police against gay men; raids had happened often before but this time, the gay men fought back and the ensuing riots would lead to moving the gay rights movement forward.
--Descendant's Day: observed on the last Sunday of June; have you figured your family tree?; today honors the succeeding levels of descendants and honor the contributions to society and history.
--Insurance Awareness Day: probably sponsored by the insurance industry but it is wise to evaluate how insurance can be a backup plan for the surprise event; the concept of the collective assumption of risk was around 2000-3000 BC by the Chinese and Babylonians.
--International Body Piercing Day: today is on the birthday of Jim Ward who had established a major piercing studio in California and was a major influence in the industry; I'll stick to my earlobes.
--INTERNATIONAL CAPS LOCK DAY: A DAY TO PURPOSEFULLY LEAVE THE CAPS LOCK KEY ON FOR EVERYTHING; CELEBRATED ON 2 DAYS, OCTOBER 22 AND TODAY, THE DAY BILLIE MAYS DIED IN 2008; MAYS WAS THE INFOMERCIAL KING AND THE CAPS LOCK KEY CAME TO BE CALLED BILLY MAYS KEY BECAUSE IT SEEMED LIKE HE WAS ALWAYS YELLING WHEN SELLING A PRODUCT.
--Log Cabin Day: observed on the last Sunday of June; there is National Log Cabin Day on June 25th which celebrates the quieter rugged life of when the country lived in log cabins; today's celebration is about the cabin itself and it's place in history as people settled across the country.
--National Logistics Day: today is a salute to an industry that is vital to the smooth flow of commerce; the need for logistics has always been part of commerce as the seller figures how to get the product to the buyer; today salutes that industry that has made commerce more efficient.
--National Tapioca Day: a salute to the starch extracted from cassava, native to South and Central America.
--Paul Bunyan Day: today is a salute to a folk figure that was originated by the French Canadians during the Papineau Rebellion in 1837; Bunyan has long been part of the North American logging folk lore.
--San Francisco LGBT Pride Celebration: observed on the last Sunday of June; with San Francisco leading the way, there are several Pride Day parades across the country this weekend as we finish celebrating Pride Month.
"--Tau Day: today is a day for the science geeks; from checkiday: In 2001, Bob Palais published 'π Is Wrong', where he said pi (π) should not be used for the circle constant—the geometry of a circle expressed in a single number. Instead, he called for tau (τ), which is equal to 2π, or roughly 6.28318, to be used instead. Whereas π compares a circle's circumference to its diameter, τ is defined as the ratio of a circle's circumference to its radius. This means the measurement of the circumference of any circle is about 6.28318 times its radius. 2π is used quite often in mathematics, and proponents of tau say it would be much easier to simply replace that symbol with τ. In general, mathematicians write equations about circles using its radius as well, not its diameter.
On June 28, 2010, Michael Hartl published the Tau Manifesto, which stood behind Palais and expanded on his ideas. Like Palais, he called for tau to replace pi, saying pi is a ""confusing and unnatural choice for the circle constant."" He believed tau is a better way to describe the relationship between the circumference and the radius of a circle. With the release of his manifesto, he also created Tau Day. Just as 3/14 is Pi Day, 6/28 became Tau Day. It is an anti-Pi Day of sorts, and Hartl even called for Pi Day to be known as Half Tau Day. A growing number of mathematicians and physicists agree tau should replace pi, although this is not yet widely accepted"
--In 1914, Austrian Archduke Franz Ferdinand and his wife Sophie are assassinated, triggering the beginning of WWI.
--In 1846, the saxophone patent was awarded to Belgian musician Adolph Sax.