A Song for All 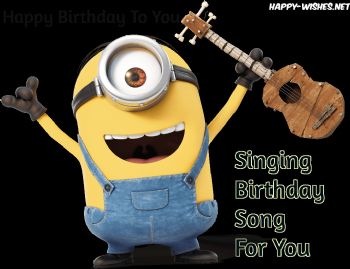 A composer and educator, Mildred Hill was born on today's date in 1859. She wrote the melody to "Good Morning to All," a greeting song written to be used in a classroom setting. Her sister, a kindergarten teacher named Patty Smith Hill, wrote the lyrics that accompanied it. Together, the sisters wrote many songs, and they tried them out in Patty's classroom. They published their songs in the 1893 book, Song Stories for the Kindergarten. The lyrics to "Good Morning to All" were as follows:

The song gained popularity in schools in the late nineteenth century. By 1911, the lyrics that are used in "Happy Birthday to You" were being sung with the melody. The melody was published with the new lyrics in The Golden Book of Favorite Songs in 1915, and in Harvest Hymns in 1924. It began appearing on the radio and in sound films as well after they debuted in 1927. It also appeared in the musicals The Band Wagon in 1931, and As Thousands Cheer in 1933. Up until this point, no royalties were paid, and the song was used freely by whoever pleased.

A third sister, Jessica Hill, filed a lawsuit in 1934, and since the song had the melody of "Good Morning to All," she was able to get a copyright for it. Jessica worked with the Clayton F. Summy Company, and they published the song the following year and credited Mildred and Patty Hill as the song's authors. Later in the 1930s, the company was purchased and renamed Birch Tree Ltd. In 1988, it was bought by Warner Chappell, the publishing division of Warner Music Group. Hill's copyright was initially to last until 1991 but was then extended and supposed to last until 2030.

Warner Chappell earned about 2 million dollars a year in royalties. They had to be paid royalties in order for the song to be used in films and at parades, concerts, or in any public place. Restaurants often had their own "happy birthday" songs so they didn't have to pay Warner Chappell. Many people believed that the song should be in the public domain since it wasn't actually known who wrote the lyrics.

Filmmaker Jennifer Nelson filed a lawsuit against Warner Music in 2013, and a US Federal judge ruled that Warner Music didn't have a valid copyright. In 2016, Warner Music had to give up their copyright, and the song became public domain. Today the song can once again be sung freely, which makes today's holiday easy to celebrate!

Celebrate the day by singing "Happy Birthday to You"! You could insert Mildred's name into the song since today would have been her birthday. Sing the song when you are walking down the street or down the aisles at the grocery store. If you are at a restaurant and it is someone's birthday, make sure to join in on "Happy Birthday to You," to help them celebrate. You could also sing Mildred and Patty's "Good Morning to All" as well, and tell people the story behind "Happy Birthday to You." If it is your birthday today, then this is an extra special day for you.

Did You Know ~
He made dinner reservations for his wife's birthday and told the host there's an extra $20 for the bartenders if they card her. **Me: very smart guy!!**
Share This Post With Others
Report Inappropriate Blog
Member Comments About This Blog Post