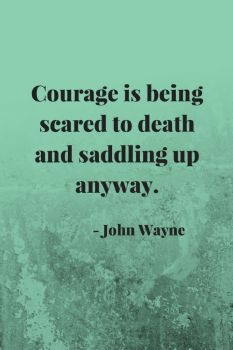 "Courage is being scared to death and saddling up anyway." John Wayne 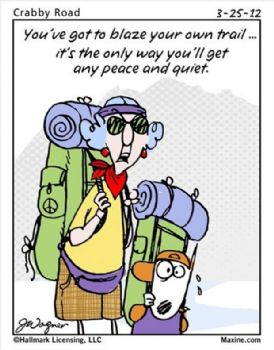 "You've got to blaze your own trail. It's the only way you'll get any peace and quiet." 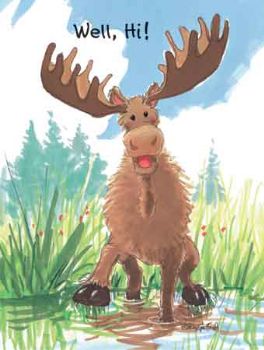 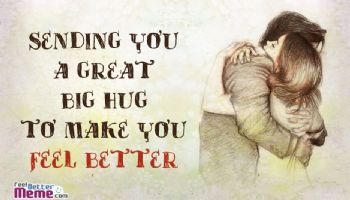 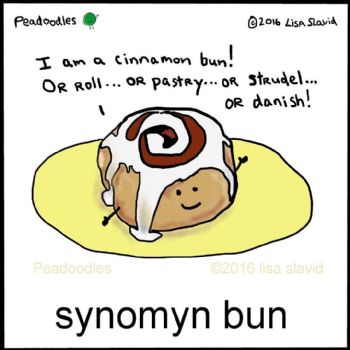 Eve, in the Garden of Eden, said, “God, I have a problem, It’s a beautiful garden, but I’m lonely and I’m sick of eating apples.”
“Okay,” God said. “I’ll create a man for you.”
Eve said, “What’s a man?”
“He is a creature with aggressive tendencies and an enormous ego who doesn’t listen and gets lost a lot, but he’s big and strong, he can open jars and hunt animals, and he’s fun in bed.”
“Sounds great!” said Eve.
“There’s just one thing. He’s going to want to believe I made him first.”


It's Forgiveness Day! Today is to forgive others who have wronged you and it's a good time to reach out and say you're sorry so you can be forgiven.
--626 Day: also known as Stitch Day; taken from the Disney story of Lilo and Stitch; before Lilo gave the name of Stitch, he was called Experiment 626 which can be changed into June 26.
--Beautician's Day: a salute to the cosmetologists that operate in many fields that are dedicated to helping you look your best; a beautician can be your hair stylist, manicurist, pedicurist, skin care or cosmetic experts or your electrologist; it's not unusual for friendships to develop with your beautician.
--Cream Tea Day: today is a British holiday that celebrates the etiquette and history of drinking tea with scones filled with clotted cream and jam; it is believed to have originated in the 11th century with the tradition of eating bread with cream and jam at Tavistock Abbey in Devon.
--Harry Potter Day: the world is introduced to the young wizard this day in 1997 when the first of the series, "Harry Potter and the Philosopher's Stone", is first published in the United Kingdom and the following year in the United States.
--International Day Against Drug Abuse and Illicit Trafficking: today is an UN initiative to keep reminding society that we're not done with ridding our communities of the drug traffic.
--International Day in Support of Victims of Torture: today is an UN initiative to highlight and eradicate all forms of torture which is a crime under international law; per the UN, "Torture is a vicious attempt at breaking a person's will".
--National Canoe Day: observed primarily in Canada; today is a salute to a fantastic healthy hobby, it's environmentally friendly and relaxing; give it a try.
--National Chocolate Pudding Day: from the 17th century, pudding was actually a very moist cake; the creamy version we know came about in the 19th century when English chemist Alfred Bird created egg-free custard powder.
--National Coconut Day: today is a salute to a very versatile food; coconut is considered a baking staple plus a health and beauty aid.
--National Food Truck Day: observed on the last Friday of June; today is a salute to that unique way of getting all kinds of food, even those ice cream trucks we chased as kids; a precursor to the food truck was the chuck wagon on cattle drives.
--Ratcatcher's Day: today commemorates the myth of the Pied Piper of Hamlin; there are 2 dates to celebrate this story due to opposing origin dates; the Brothers Grimm has the Pied Piper story happening on June 26, 1284, and a poem by Robert Browning says it happened July 22, 1376.
--Same Sex Marriage Day: today commemorates the Supreme Court decision in 2015 that made same sex marriage legal in all 50 states.
--Take Your Dog to Work Day: always the Friday after Father's Day, here's the day to take your canine friend with you to work, after you've asked the boss.
--Tropical Cocktails Day: today celebrates the flavorful drinks associated with tiki bars and paper umbrellas; often made with rum such as the Mai Tai.
--World Refrigeration Day: today raises awareness and understanding of the importance of refrigeration to society through the preservation of perishable food products plus through providing thermal comfort by means of air-conditioning.