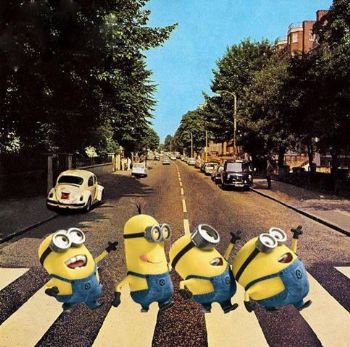 Global Beatles Day
Global Beatles Day is “a day honoring and celebrating the phenomenon and ideals of the Beatles, collectively and individually, for their gifts to the world including, but not limited to, their promotion of peace and love, of truth and youth, and of the expansion of human consciousness.” It is a day to reflect on how the Beatles impacted the world globally in terms of culture and music. The day was founded in 2009 by Faith Cohen. It takes place on June 25th, because that marks the day that the first live satellite production was broadcasted globally. It was a British program titled Our World, and it ended with the Beatles’ performance of “All You Need Is Love”. Artists from nineteen countries were included in the program, and it is estimated that at least 400 million people watched it, which was the largest television audience up until that time.

The day was not created to be a day of trivialization of the Beatles, with mop-topped look-a-like singers doing renditions of their songs, or of products being marketed. Instead it was made as a day to reflect on what the Beatles have meant to the world on a higher level. But, it is ultimately up to fans to celebrate as they see fit. A good starting point may be to listen to “All You Need Is Love”, or to find the original June 25th, 1967 broadcast of it to watch. The rest of the day is open to listen to any Beatles songs you wish. Pull out your old vinyls or CD’s and see how many of their albums you own. The day should also be used to connect people across the globe in the name of the Beatles, and to embrace the ideals they embraced. It may also be a good day to explore some charities related to the Beatles such as Imagine Peace and UNICEF’s George Harrison Fund.

Did You Know ~
Take time to relax especially when you don't have time for it.
Share This Post With Others
Report Inappropriate Blog
Member Comments About This Blog Post