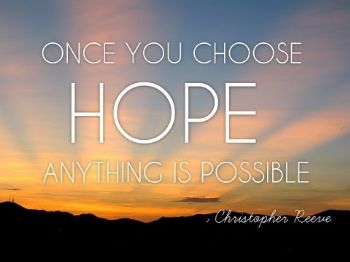 "Once you choose hope anything is possible." Christopher Reeve

"Remember what I said about being on Facebook while laying bricks?" 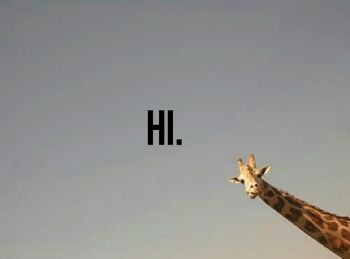 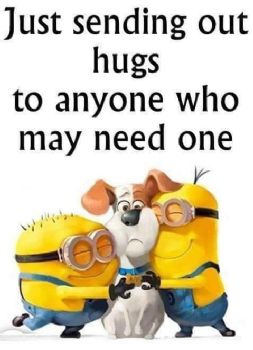 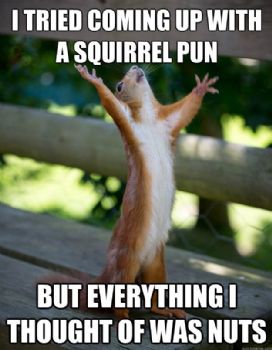 ME: Some odds and ends I've been saving; I don't know where they came from.

When fish are in schools, they sometimes take debate.
.. A thief who stole a calendar got twelve months.
.. When the smog lifts in Los Angeles U.C.L.A.
.. The batteries were given out free of charge.
.. A dentist and a manicurist married. They fought tooth and nail.
.. A will is a dead giveaway.
.. With her marriage, she got a new name and a dress.
.. A boiled egg is hard to beat.
.. When you've seen one shopping center, you've seen a mall.
.. Police were called to a day care center where a three-year-old was resisting a rest.
. Did you hear about the fellow whose whole left side was cut off? He's all right now.
.. A bicycle can't stand alone; it is two tired.
.. When a clock is hungry it goes back four seconds.
.. The guy who fell onto an upholstery machine is now fully recovered.
.. He had a photographic memory which was never developed.
.. When she saw her first strands of grey hair she thought she'd dye.
.. Acupuncture is a jab well done. That's the point of it.

And the cream of the wretched crop: .. Those who get too big for their pants will be exposed in the end.

It's National Smile Power Day! The smile is a symbol of happiness and vitality, a beacon of hope and has the power to change someone's day. Let your smile light up your eyes and show your pearly whites to those around you.
--Beer Day Britain: a big deal in Britain as pubs will be offering their best today; chosen for today in celebration of the signing of the Magna Carta in 1215 which laid down the protections for the common man.
--Fly a Kite Day: today celebrates the anniversary of Ben Franklin's lightning experiment in 1752; with a kite, a key and a lightning storm, his intent was proving that lightning was caused by discharge of electricity; Franklin would continue to produce several more theories about electricity and its properties.
--Global Wind Day: today highlights the discovering of wind energy, its powers and the possibilities to reshape our energy systems, decarbonize our economies and boost jobs and growth.
--Justice for Janitors Day: from Wiki: Justice for Janitors is a social movement organization that fights for the rights of janitors across the US and Canada. It was started on June 15, 1990 in response to the low wages and minimal health-care coverage that janitors received. Justice for Janitors includes more than 225,000 janitors in at least 29 cities in the United States and at least four cities in Canada. Members fight for better wages, better conditions, improved health-care, and full-time opportunities.
--Magna Carta Day: the Magna Carta was signed by King John on this date in 1215; from the History Channel: Following a revolt by the English nobility against his rule, King John puts his royal seal on the Magna Carta, or “Great Charter.” The document, essentially a peace treaty between John and his barons, guaranteed that the king would respect feudal rights and privileges, uphold the freedom of the church, and maintain the nation’s laws. Although more a reactionary than a progressive document in its day, the Magna Carta was seen as a cornerstone in the development of democratic England by later generations.
--National Electricity Day: today is in conjunction with Fly a Kite Day; we salute Ben Franklin for discovering the properties of electricity and salute the benefits society as received by harnessing electricity.
--National Kiss a Wookiee Day: lots of listings that this is a celebration but no explanation as to the origin but there is a Facebook page for it; maybe a Star Wars fan (and Chewbacca) can fill us in.
--National Lobster Day: today is a salute to a dish considered a treat and a delicacy; wasn't always that way as lobster used to be eaten by servants or those of lower echelons in society, or prisoners; lobsters can live to 50 years.
--Native American Citizenship Day: information is the same as American Indian Citizenship Day which we celebrated on June 2 but no info available as to why June 15 is important to this cause; on June 2, 1924, Congress enacted the Indian Citizenship Act which granted citizenship to all Native Americans; prior to that day, only Native American women who married US citizens and Native Americans who fought in WWI were granted citizenship.
--Nature Photography Day: today promotes nature photography and advances the cause of conservation to protect plants, wildlife, and landscapes; sounds like a great excuse to go on a nature hike.
--Ride to Work Day: observed on the 3rd Monday of June; today is for the motorcycle enthusiasts; ride your bikes to work to raise awareness of safety and the benefits to the daily commute.
--World Elder Abuse Awareness Day: today is an UN initiative to raise awareness of one of the least investigated types of violence; it's a global social issue that affects the health and human rights of millions of older people.
--Worldwide Day of Giving: very little information as to origin but it is a day to encourage the giving of time and donations to charity to help others.
--in 1934, Congress chartered a new national park on the border of North Carolina and Tennessee, the first one to be partially funded by the federal government. Great Smoky Mountains National Park will be officially dedicated in 1940 and become the country's most-visited national park.
--In 1878, Leland Stanford was fairly certain that when a horse gallops there is a moment when all four of its legs leave the ground. He hired photographer Eadweard Muybridge who took pioneering stop-motion photographs, proving that horses can indeed become airborne for a split second, and the innovative images will mark the dawn of motion pictures.
--In 1859, one pig was shot but no people perish in a conflict that proved the necessity of precisely worded territorial treaties. The Pig War began between British Canada and the US near the San Juan Islands when an ostensibly British-Canadian pig was found rooting for tubers on a supposedly American farm.
--In 1864, Arlington National Cemetery was formally established. Secretary of War Edwin M. Stanton signed an order establishing a military burial ground which later became the Arlington National Cemetery in Virginia.
--In 1919, the first non-stop transatlantic flight completed. Captain John Alcock with navigator Lieutenant Arthur W. Brown successfully completed the first non-stop transatlantic flight from St. John's, Newfoundland (now a part of Canada) to Clifden, Ireland.