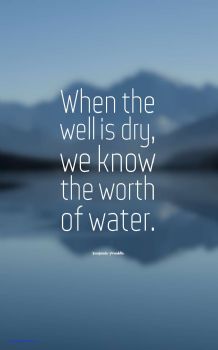 "When the well is dry, we know the worth of water." Benjamin Franklin 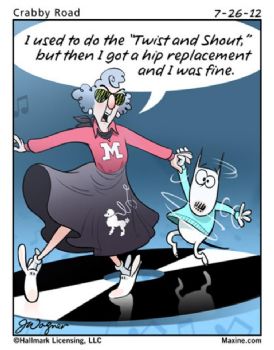 "I used to do the 'Twist and Shout', but then I got a hip replacement and I was fine." 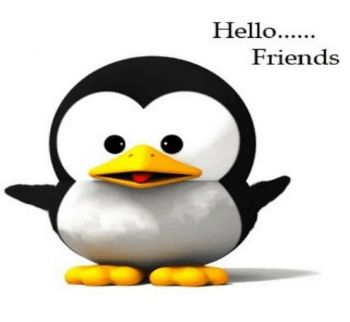 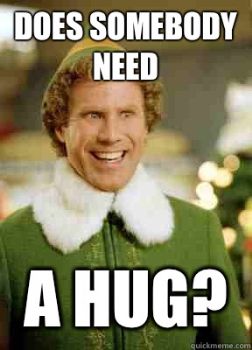 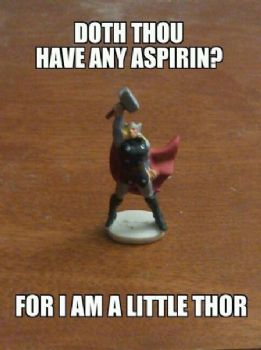 Three men were standing in line to get into heaven one day.
Apparently it had been a pretty busy day, though, so Peter had to tell the first one, “Heaven’s getting pretty close to full today, and I’ve been asked to admit only people who have had particularly horrible deaths.
So what’s your story?”

So the first man replies: “Well, for a while I’ve suspected my wife has been cheating on me, so today I came home early to try to catch her red-handed.
As I came into my 25th floor apartment, I could tell something was wrong, but all my searching around didn’t reveal where this other guy could have been hiding.
Finally, I went out to the balcony, and sure enough, there was this man hanging off the railing, 25 floors above ground!
By now I was really mad, so I started beating on him and kicking him, but wouldn’t you know it, he wouldn’t fall off.
So finally I went back into my apartment and got a hammer and starting hammering on his fingers.
Of course, he couldn’t stand that for long, so he let go and fell — but even after 25 stories, he fell into the bushes, stunned but okay.
I couldn’t stand it anymore, so I ran into the kitchen, grabbed the fridge and threw it over the edge where it landed on him, killing him instantly.
But all the stress and anger got to me, and I had a heart attack and died there on the balcony.”

“That sounds like a pretty bad day to me,” said Peter, and let the man in.
The second man comes up and Peter explains to him about heaven being full, and again asks for his story.

“It’s been a very strange day.
You see, I live on the 26th floor of my apartment building, and every morning I do my exercises out on my balcony.
Well, this morning I must have slipped or something, because I fell over the edge.
But I got lucky, and caught the railing of the balcony on the floor below me.
I knew I couldn’t hang on for very long, when suddenly this man burst out onto the balcony.
I thought for sure I was saved, when he started beating on me and kicking me.
I held on the best I could until he ran into the apartment and grabbed a hammer and started pounding on my hands.
Finally I just let go, but again I got lucky and fell into the bushes below, stunned but all right.
Just when I was thinking I was going to be okay, this refrigerator comes falling out of the sky and crushes me instantly, and now I’m here.”

Once again, Peter had to concede that that sounded like a pretty horrible death.
The third man came to the front of the line, and again Peter explained that heaven was full and asked for his story.

“Picture this,” says the third man, “I’m hiding inside a refrigerator…”

It's Weed Your Garden Day! Whether you've been diligent or not, this is the day to pull a few more of those weeds. Weeds can inhibit garden plants from growing, as they compete with them for sunlight, nutrients, and water. A weed can be defined as anything that wasn't purposely planted but began growing anyway. A weed may be an edible or medicinal plant, and may even be a flower.
--Family Fitness and Health Day: there appears to be 2 occurrences of this celebration but that's ok; today is a good reminder to get the family outside and take advantage of the parks and recreation.
--International Albinism Awareness Day: today is an UN initiative to educate about albinism and to prevent mobbing and discriminations of albinos; albinism is a pigmentary abnormality which leads to extremely light hair, skin and eye color.
--International Axe Throwing Day: You played darts? Well, axe throwing is a competitive sport, just like darts, only you're throwing an axe at the target and not darts; there are axe throwing clubs offering events where you can learn about this historical pastime.
--International Young Eagles Day: observed on the 2nd Saturday of June; today is a program by the Experimental Aircraft Association for kids ages 8-17 to have a chance to experience flight while learning about aviation; Young Eagles was launched in 1992 and has flown more than 2 million children in 90 countries.
--National Kitchen Klutze's of America Day: do you walk into your kitchen with the idea of being the next Julia Child, only to drop, burn, use the wrong ingredients, and maybe even throw your hands up?; this day is for you and to embrace your special brand of klutze in the kitchen, it's ok.
--National Marina Day: observed on the 2nd Saturday of June; today is for the boating community and celebrates the marinas for being a safe harbor.
--National Rose' Day: a salute to the pink wine of summer.
--Queen's Official Birthday: the Trooping of the Colours are celebrated on the second Saturday of June in celebration of Queen Elizabeth's official birthday.
--Random Acts of Light Day: today is about bringing light to those in the darkness of cancer, especially the blood cancers such as leukemia; if you know someone fighting the good fight against cancer, reach out to them and share a little light and joy.
"--Sewing Machine Day: The sewing machine has had one of the largest impacts on society and has an interesting history. From Checkiday.com Sewing machines, which are celebrated today, are used to stitch material like cloth or leather. They are usually powered by electricity, but many are still powered by a treadle, just as many early machines were. Their basic design has remained over the years, consisting of a needle, and a shuttle to carry thread. First being used in factories, they were a symbol of the industrial revolution, marking the shift from handmade to automated production. They also became important for home use. Women once spent much time sewing by hand, and the invention of the sewing machine helped free up a lot of this time.
Thomas Saint of England took out the first patent for a complete sewing machine. He was given patent #1764 in 1790. Some sources say that he received his patent on June 13, explaining why Sewing Machine Day takes when it does. The machine was to have an awl that punched a hole, and then a needle that would go through the hole. It is unknown if Saint created a prototype of his sewing machine, and only the drawings of it survive.
Over the next forty years, various sewing machines were created, all without much success. Then, in 1830, Barthelemy Thimonnier, a French tailor, created a functioning sewing machine. However, French tailors burnt down his garment factory because they thought his invention would drive them out of work. In 1834, Walter Hunt built the first somewhat-functional sewing machine in America, although he did not get a patent.
Elias Howe adapted Hunt's style in 1846 and became the first to patent a sewing machine in America. His machine had a curved needle with an eye at the point. After going through the cloth, a loop was made with the thread, and a second thread went through the loop and interlocked with it. This created what became known as the lockstitch.
The first commercially successful sewing machine went into production in the 1850s. Built by Isaac Singer, it was the first to have an up-and-down motion mechanism and the first to be powered by a foot treadle instead of a hand crank. But, it did use the lockstitch that Elias Howe had patented. Although Howe had gotten the lockstitch idea from Walter Hunt, Howe sued Singer for copying his patent and won.
By 1860, there were more than 110,000 sewing machines being created per year in the United States. During the late nineteenth century, various other types of sewing machines were invented, such as the chain-stitch single-thread sewing machine, and the zig-zag stitch machine. Sewing machines were first used in garment factories, but in 1889, the first sewing machine for home use was made and marketed. By the early twentieth century, electric-powered sewing machines came into wide use."
--World Gin Day: observed on the 2nd Saturday of June; today is celebrated mainly in the UK, gin comes from the drink jenever, derived from juniper berries; popular in Great Britain in the mid-17th century; plus in the British colonies, gin would be added to quinine dissolved in carbonated water for malaria to cut the taste of the quinine and became gin and tonic.
--World Softball Day: today commemorates when in 1991 the announcement was made that softball would be added to the program of the Summer Olympics.
--Worldwide Knit in Public Day: observed on the 2nd Saturday of June; today is a world-wide event to encourage us to pick up the knitting needles; there are events in many cities, so check with the local knit shops for one near you.