As some of you know we just recently bought a travel trailer. This is really a learning experience and thanks to those that have done it before and come to the newbies rescue.

The first experience was probably the best because it was the worst, so we know what not to do now.

We learned as soon as we tried to park we had THE worst site at the lake, all the men that came to help as soon as we started to back in quickly told us this. Five men and 10 minutes later we were ready to put the jacks down and get to it.

Then the work began, same men came back and we were so glad. We did not have enough blocks to level the jacks, the drill was not powerful enough to bring the jacks as far down as they needed to be, oh and yes we did not have enough blocks. I know I repeated myself but really we did not have enough blocks. With the help of all the new neighbors about 1 hour later we were level and ready for the weekend. Here is the example of how unlevel this site is. The blocks we made were 2x4 cut into 10-12" lengths. The left front took 8 plus 2 half cement blocks, the right front took 2 and not cement blocks, the back right took 4 plus 1 half cement block, and the back left took 6 and 1 half cement block. We only had 6 blocks of wood, so between the neighbors and Lowes (not far away) we were successful. No one told use we needed to bring a lumber yard camping with us, but as I said it was a learning experience.

It turned into an enjoyable weekend, we had friends there and spent the evenings with them in front of a fire chatting away. Of course we have a bunch of new friends that we will always be eternally grateful for, they were all busy on the water, so no fire chatting for them.

Also all the men were jealous of Joshua's new Harley and I some how suspect that is why they came to help in the first place. LOL!!!!! 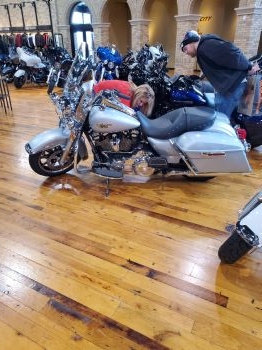 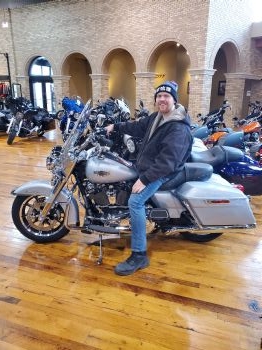 Unfortunately I didn't get picks of the way we were jacked up, but here are a few of our first trip. 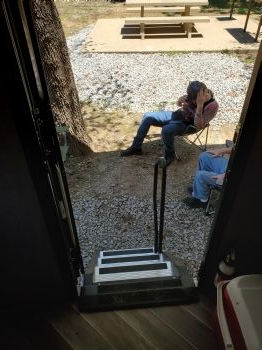 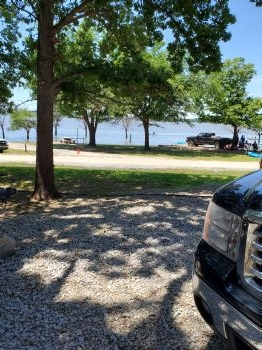 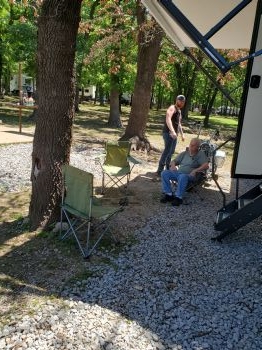 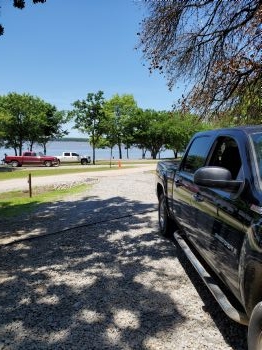 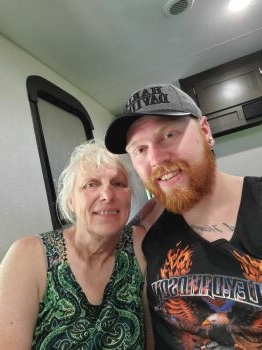 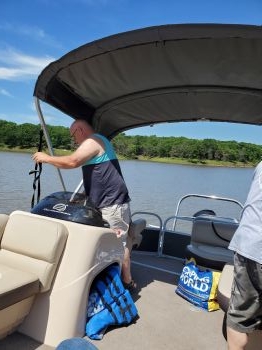 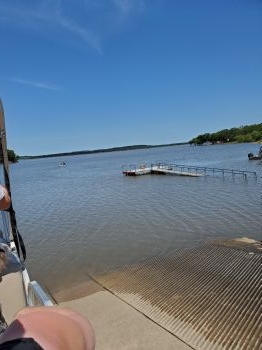 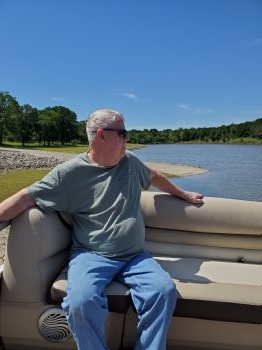 We did have a great time and I'm sure as we continue this new chapter it will get easier.
Share This Post With Others
Report Inappropriate Blog
Member Comments About This Blog Post