Good morning friends.. the weekend is here.and the NJ governor has raised his limit of outside people interaction from 10 to 25.. so there will be parties this weekend I am sure.. and I have a feeling it is going to be like a freshman at college whose parents were really strict and now they are free to party like a rockstar.. yeah, it's gonna be ugly..

Today's #dailyjournalchallenge prompt like many as of late talk about our current quarantine and examining those things that we have had to give up, asking how we are coping without them, what we have done to try to replace them and what we plan on doing once our individual states reopen..

Today's bible app quote from Hebrews 12:11 - "No discipline seems pleasant at the time, but painful. Later on, however, it produces a harvest of righteousness and peace for those who have been trained by it."

For me a lot of what I did involved large crowds, so my life moving forward will be significantly altered for quite some time I am sure.. while it may not seem like it to many of you, the fact is it has slowed down a bit over the years.. when I still worked in NYC the events I attended were even more frequent I was already there, so staying into the evening was a logical choice. The past few years I had become more selective in events I attended. but there were a handful that were like cannoli - never, ever turn them down.. specifically concerts and sporting events as well as Stiffler and Flower extravaganzas...

When this whole lock down started I had a few days of confusion and rebellion and discomfort because I did not like feeling so out of control. I did not want to be disciplined, but then I came up with a plan that worked for me and since then, I had adjusted rather well, all things considered. This discipline of my own making has brought me peace of mind.

I have been thinking about the topic at hand.. what will I do differently once things open up combined with what have I learned from the discipline initially forced upon me ..

Well this weekend, no change in plans.. quiet time with at the compound with my family, hubby and I are leaving the house predawn tomorrow to get a hike in before the crowds.. if the pool is ready, I will be taking a dip, I don't care what the temperature is, my tan is already pretty good even though we've been hovering in the high 60s. We will bbq and I will create some fantastic meals, I will workout, I will blog, I will fiddle with sourdough (new obsession) I will work more on my picture editing now that my son has fixed the "bug" in the program.

Long term.. I have been saying for quite some time how I would really like to have more intimate dinner party type gatherings with small groups of friends.. I am a social butterfly and I can work any room, but sometimes walk away wondering did I leave behind enough pollen?

That is not to say I will never again go to a concert, or a hospitality function or run a race with 50k of my closest friends and I do after all own season tickets to the JETS but they will be approached differently.. until they no longer are.. at some point, as much as we say "never forget" we inevitably do to a certain degree...

My focus was already shifting with the impending arrival of my grandson and now that Ryder is here, he is already filling space and replacing some of those other things anyway.

While some BIG things will be missed, I am quite certain, smaller things that take their place will provide even greater value, deeper connections and more self growth. I already feel the metamorphosis taking place and this butterfly will be much more selective on where she lands and how much time she spends at each beautiful flower.


Have an amazing day! I am now going to sit, sip my coffee, wait for my hello Nonna text message and picture, get in a #cko workout and then, we shall see what is in store.

PS These are yesterday's photos.. do you see my boy with his fighter stance in his sleep.., told him kickboxing ONLY, do not want anyone throwing punches at that beautiful face or Nonna may have to hurt someone 🙉🙊🙈 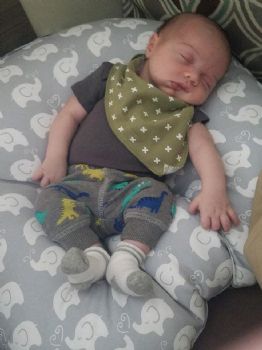 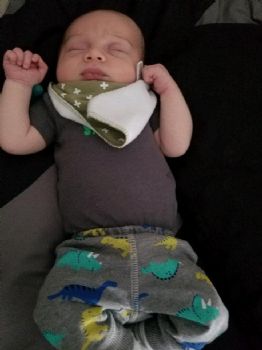