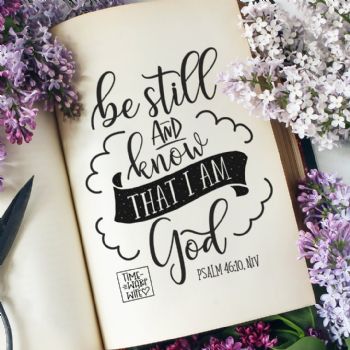 This is where I left things when I went to sleep last night and there had been zero conversation regarding Maegann's car. There was nothing I could do that wouldn't start a battle and that wasn't worth it to me. This morning while both kids were gone I had a question for Tim about an MRI he needs to schedule and he made a comment regarding how money is spent that gave me a good opening to simply ask, "Why do you say that?" Opened him up to talk about it and he was able to hear the rest of the story about the car purchase and he did apologize several times for his reaction and promised to apologize to Maegann tonight after she got home from work and spend time with her looking at the car. Here's a photo of the two of them out in the car talking and looking over all the trimmings inside. 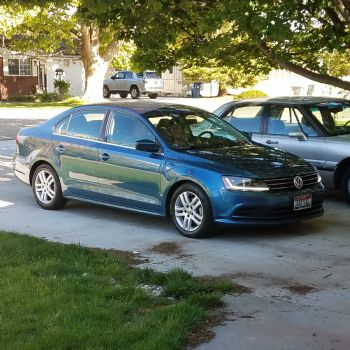 Much better aura in the house tonight and I am thankful. Always good to listen when God reminds us to be still and let Him show His stuff!

Before that happened I spent about an hour with Auggie sleeping/resting on the sofa. 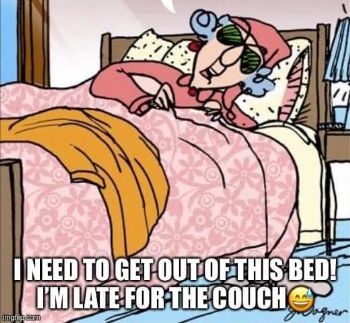 Meg showed up to get Isaac at 9 and Tayler came over to talk with Tim about the same time. Tayler wanted to talk with me too so we spent about half an hour at the kitchen table. I believe he is finally moving past needing Maegann to give him purpose/happiness. Long story, but it's a good thing and it's nice seeing him happier again.

Once he left I got busy cleaning up the kitchen and then got busy on the file cabinet. I got both drawers finished and found some fun things along the way. One led me down a rabbit trail to find a picture of my very first apartment when I was almost 19. 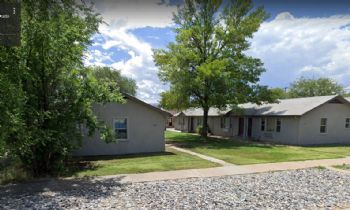 They were all green when I lived there and this is actually where Tim and I lived once we were married. Rent was $125/month for this one-bedroom apartment. It was just across from the main sports area (football, baseball, golf and swimming) so some would say it was a "scary place for a single girl" but I loved it and never had any problems. Lots of good memories.

I enjoyed reliving some of those things that I was doing at the same age Maegann is right now. I had bought my first brand new car too and had a $90/month payment. Guessing my job at that time paid about $3/hour. Now I'm showing my age! LOL

Anyway, the shredding box is overflowing and I still have one more drawer to go through, but it is mostly information on appliances, yard, tools, etc. Need to get rid of things that we no longer have as I haven't done that since we moved from our first home as we wanted to leave those papers for the new owners. Tomorrow!