The Sixth Sense began with a bang in 1999. Child psychologist Malcolm Crowe (Bruce Willis) & his wife Anna, return home from being praised & awarded for his work with children. An intruder has broken in, one of his ex-patients,screams @ Malcolm, shoots him & then himself. The next fall, we see Malcolm begins working with a troubled young schoolboy, Cole Sear (Haley Joel Osment). Cole’s father has left his mother, who is now working 2 jobs to keep him in private school. It’s obvious his mother, Lynn (Toni Collette) loves her son, but is terribly worried about his apparent odd behavior. Malcolm is also worried about his wife, as she seems cold & distant. Cole is frightened by the spirits he sees, some of them harming him. Eventually, Cole confides in Malcolm, “I see dead people ... they don’t know they’re dead”. Malcolm first thinks Cole is delusional, later telling Cole that maybe the dead people just want to be acknowledged. Cole is then able to help them. Creepily well acted, yada, yada, yada, & Cole is embracing his ability to interact with the dead. As he gains confidence, he makes friends & is doing better in school. He tells his mother that he has spoken with Grandma, & convinces her when he tells her Grandma tod him the answer to the question she asked Mom.- “Every day” was “”what was the question?” he asked Mom. “I asked her if she was proud of me”, Mom replied. Cole tells Malcolm to speak to his wife while she’s asleep... he does so, & Anna tells him she misses him, then drops the wedding ring (Malcolm’s). He begins putting all the subtle clues ... rewinding what happened ... he’s dead. Cole sees Malcolm again after Malcolm has figured things out. Cole asks Malcolm to pretend they will see each other again. 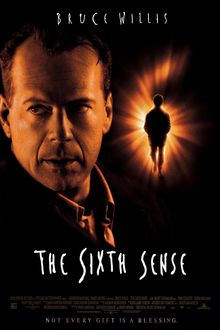 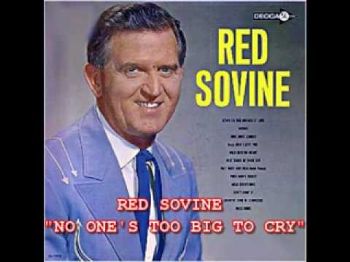 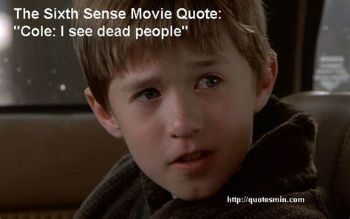 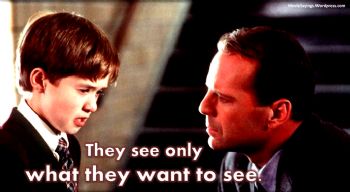 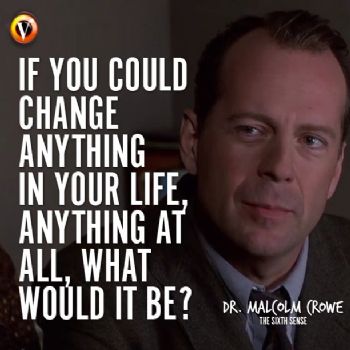 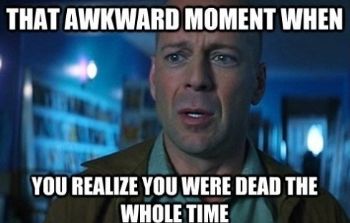 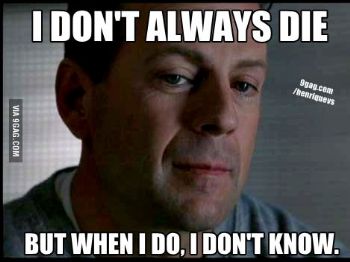 Loved the movie & all the later jokes 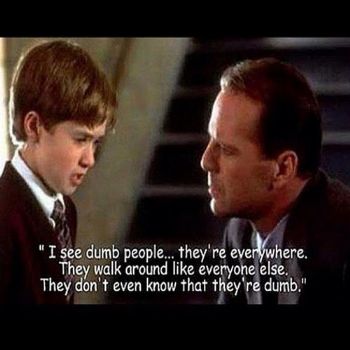