Rhubarb. A trip down memory lane. 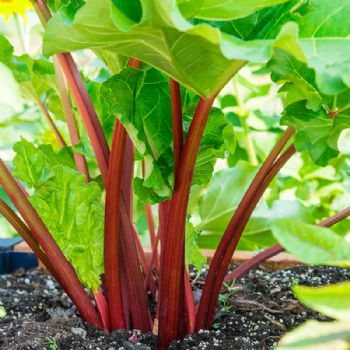 Rhubarb. It's what's for dinner. Well, maybe not. No rhubarb in the kitchen. I ate an apple instead.

Someone posted a link on Facebook to the mouthwatering "55 Rhubarb Recipes" from the Taste of Home site. There were desserts, of course, and scones, breads, and jams.

It's that time of year. We had rhubarb from the garden every Spring.

A family favorite was a cobbler, with a very thin and crispy oatmeal topping that left peek-a-boo holes where the sauce could bubble through. Sometimes we added raisins and nuts to the rhubarb before adding the crumble topping. I don't know why the original recipe was Rhubarb Macaroon. It wasn't a macaroon and didn't use macaroons. Forever after, our family called it Rhubarb Macaroon. It was light and delicious..
Sometimes that would be our supper. Yummy and satisfying. Who needs two hearty meals a day? Country folk used to eat a good lunch. I still prefer a light supper.

Another favorite was my grandmother's recipe for rhubarb custard pie. I've made a lot of them over the years. Easy to make. When I was young, I was disappointed when I ordered rhubarb pie at a restaurant, and they served a two-crust traditional pie. I thought all rhubarb pies were a crust filled with rhubarb and custard!

Lately I've had a hankering for my mother's stewed rhubarb. Doesn't that sound good? 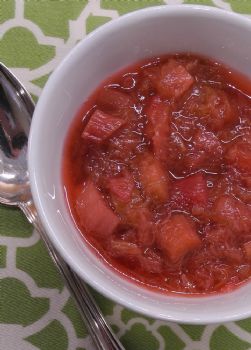 What is your favorite rhubarb recipe?