Well I completely lost my blogging mojo for a few weeks there. But I've missed doing it, so I thought I'd share a little about my local cycleway.

Here in the UK we are asked to exercise only close to home at the moment, in a place you can walk to. The police are turning back anyone who is driving to get somewhere for exercise (other than a few special exemptions). It's suggested that an hour or so is a reasonable amount of time to be out of the house for exercise. Nobody's policing that of course, but most people are being reasonable about it.

We are lucky enough to live near an old railway line which has been converted to a trailway. Here’s a photo I took a couple of days ago. 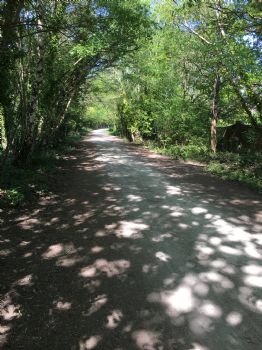 I had been cooped up indoors for several days by that point and I can’t express how glorious it was to be out in the fresh air and bowling along on my bike in the sunshine. It was pretty quiet up there and people were being very polite about giving each other plenty of space in any narrower areas like the bridges.

A little history on the trailway: "The Castleman Trailway is one of Dorset's gentlest way-marked, walking, cycling and horse riding routes. This 16.5 mile (26.5 kilometres) trailway follows much of the old Southampton to Dorchester railway line. The trailway takes you through some of East Dorset's stunning landscape whilst also connecting a string of settlements between Ringwood and Poole. Whether you are using the route for recreation or commuting to work, the Castleman Trailway offers a beautiful and practical route to take you where you want to go. As you travel along the trail you will pass some of the county's internationally important heathland, cross rivers and pass through forestry plantations. The Trailway is named after Charles Castleman, a Wimborne Solicitor, who was responsible for building the original railway line and the first to connect Dorset to the wider rail network. The Southampton to Dorchester railway line was nicknamed the Castleman Corkscrew, after its founder and the meandering route it took. It was closed by Dr. Beeching in 1964."

That reference to Dr Beeching is about a hugely controversial review of the railway system which he carried out in the 1960s and which resulted in hundreds of miles of track being pulled up and thousands of railway stations being closed. 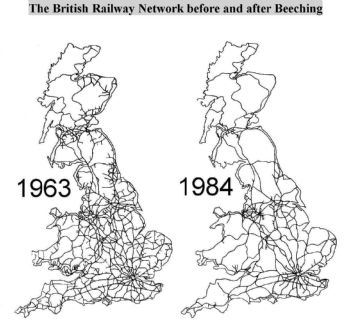 It was a cost-cutting measure because the railway system had been losing money but it was unpopular at the time, plus it has been routinely blamed since then for the clogging up of Britain’s roads with motor traffic. The climate activists in particular are now recommending an expansion of public transport to get people out of their cars.

In several cases, amateur railway enthusiasts preserved a few miles of track here and there and bought up old trains. One of the best known preserved railways is the Swanage line, which runs near here and has been used many times as a film location including ‘Dunkirk’ a few years ago. 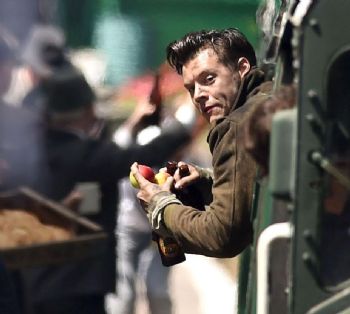 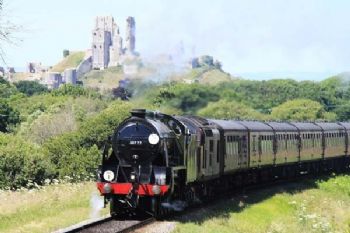 The second photo is of one of their trains running past Corfe Castle which is a fascinating place. Well I’ve waffled on quite enough so there’s no space here for the details but the oldest stones in the castle are a thousand years old and it has an intriguing history. Another time perhaps!
Share This Post With Others
Report Inappropriate Blog
Member Comments About This Blog Post