Six weeks (or is it more than that?) in Quarantine Report

"Isn't this a nice mess you've gotten us into?" I remember Oliver Hardy saying that to Stan Laurel in the old Laurel and Hardy movies. Kinda feels like a heckuva fix we're in right now, through no fault of anybody this time!

I haven't been to an actual WW meeting in a month, and the scale shows it. I attend the weekly WW Zoom meetings, but is just doesn't provide the same motivation as the weigh-in before the meetings on a REAL SCALE by REAL PEOPLE! And I realize this is the least of anyone's problems right now. So I won't complain, but I will try once again to get back on track, as I do every single day. I self-sabotage. I do well, except for one daily minor binge, and that keeps the scale from dropping, and instead it is slowly climbing again. Not a trend I want to see continue. I just got an email from WW, that no live meetings will be held through the month of May, so I really need to get myself under control so that when I do return, I won't have another huge gain to RE-LOSE!

Believe me, I'm all for a very slow re-opening of the world, there's no hurry for me. I have a retirement check coming in so don't have to worry too much about finances or a job, and I just think since we've been quarantining this long, we may as well be patient and wait until the risk is much much lower. I know even as things open back up, it's going to be quite a while before I go out much, and maybe I will never go out again without my gloves and mask. They just make me feel safer.

In the last few weeks I have gone "out" quite a bit, but usually I don't get out of the car. Duane had a series of 12 palliative radiation treatments from April 8 through April 23. I drove him there and waited in the car, while he went inside. I want to be there as much as possible for support, so even though they don't allow me to go inside I am close by. I also drive to his weekly nephrostomy bandage changes at the Hospital and his monthly catheter changes, but always wait in the car. I have been out to the grocery store, usually weekly or every 10 days. We have also picked up food quite a bit but they usually bring it out to your car, so there's not much contact with other humans.

I myself did have one appointment at the doctor's office for a blood test. It was scheduled for March, but they re-scheduled it for last week. I went on a half dose of cholesterol medication seven months ago, after a year of dieting (and losing a regain of 80 lbs.) did nothing to lower my cholesterol when they tested it last Sept. In fact it rose a few points from the prior year's test. So my Doc told me to try taking a statin pill every other day, which I have done for the last seven months, they were going to check it again in six months, but we waited another month, due to the Covid-19 quarantine, since it wasn't an emergency. But I did go in last week, and got really good news the next day. My cholesterol dropped from 219 (the goal is to keep it below 200) to 160. And even better, my HDL, the good cholesterol went up to 70, which is even higher than the 40-60 range the doctors shoot for. So I was sure happy to get some good news among all the bad. Duane's radiation was to help with the pain from the mass in his prostate, but so far, it has only caused more pain, which I hate to see. I'm hoping eventually the pain will lessen, it would certainly help with his quality of life. He's so strong, he tries to keep going, with the yard work, etc. around our acreage, but I know he's hurting.

But the biggest change in our lives happened on March 14, right before the World shut down. We got a new Bulldog puppy. Meet Golden Calypso. 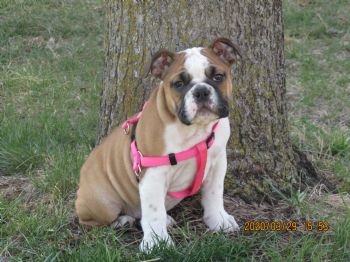 (Golden is because she was our 50th anniversary present to each other--our 50th anniversary is 9/4/20, and Calypso because that is an Egyptian Goddess, and our current dog Juno is named after a Roman Goddess. So now we have to goddesses in the house, and let me tell you Calypso (or Callie Q--as we call her--'Q' after the Quarantine she came to us in) is a handful. She is a bundle of energy, and chews everything in sight, including poor Juno's ears, and legs and anything she can reach. She basically drives Juno crazy, so sometimes we separate the two of them just to give Juno a little peace. But when Callie sleeps, oh my goodness, she is just the sweetest little thing. Right now as I write this at my computer, she is sleeping under my feet. 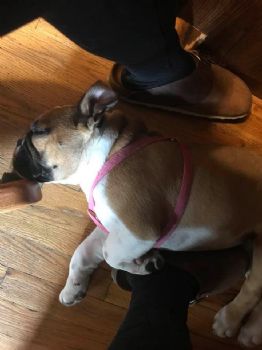 Here's a few more pictures of our beautiful Callie, and some with her big sister, Juno. 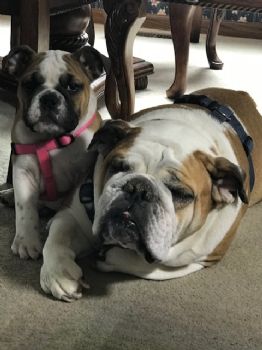 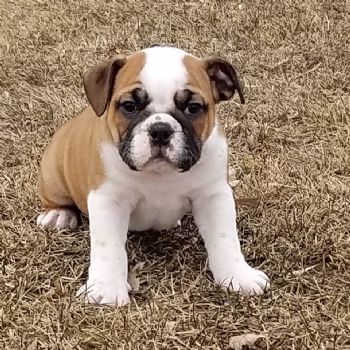 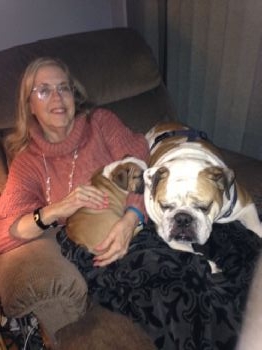 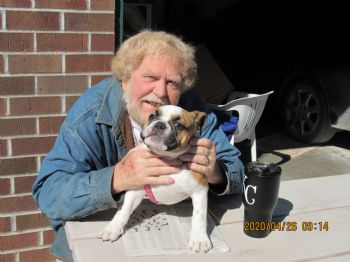 Housebreaking is on-going, she's doing better, but still has lots of accidents. She is however, capable of going all night long without any accidents at all. We discovered that a few weeks ago when she got in bed with us, and went all night without bothering us and without any accidents. So now our bed is full with Duane and I and both Bulldogs. I'm not looking forward to Callie getting as big as Juno, not sure there will be room for all of us then! It really surprised us that a dog that young could go all night without having to urinate. So that was a pleasant surprise, now if she could just figure out that she should go pee outside ALL THE TIME! It does seem like there's fewer and fewer accidents, like today for instance, we haven't had any.

So in the middle of this FINE MESS, I have had some decent happy news that I wanted to share with my friends here. As I often see in Facebook posts, etc., "This too shall pass." I hold onto that belief, and pray that someday soon this will all be a distance memory.

I cannot say 'thank you' enough to all the essential workers, and not just the health care workers who are truly heroes, but to the people who work in the grocery stores, and truckers and railroad workers (like my Son), and everyone who helps to keep our world running in the middle of this Pandemic! I especially think of those lower-paid workers who are responsible for the cleaning and sanitizing of hospitals, doctor's offices, grocery stores, restaurants (even if they're only doing take-out, they have to stay sanitary), they all deserve our undying gratitude! THANK YOU!!!