Mass chaos because a coon enjoys my bread! 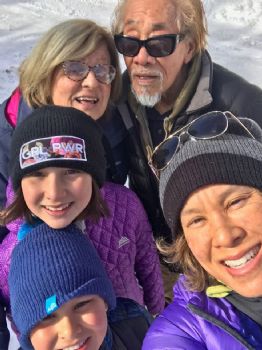 However, knowing all the work that went into this chore, I decided to break up a couple loaves and put them in the bird feeder---It really was my daughter's suggestion!
But you see, I had made 4 terrible awful heavy loaves---
They would not all fit into the bird feeder---

So, because I didn't want to waste any, I broke up the last 2 loaves, and spread them over the deck--
Well, this morning, Beau and Tess , the 2 Germans, as in dogs, began to bark viciously at the patio door ---and not only that, they were jumping at the patio doors--
-and not only that, Himself , who does not really like anything out of the ordinary to happen, had a broom and was shouting at me, over the vicious barking!
"I told you to throw it out--not throw it outside"---Himself was shouting-- and there was mass chaos--- 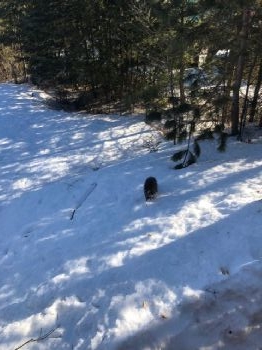 So, the coon really liked my bread----
"Well, at least someone liked my bread" I told Himself, who was and is, still ranting about "feeding some crazy animal,"----
"Oh for goodness sake!" is all I could say--"It is justa little coon!"
-And this is how our day began----
Lord love a Duck!
Share This Post With Others
Report Inappropriate Blog
Member Comments About This Blog Post