So why is the virus spreading...could be cause so few really take it seriously..ya think!

Got to the grocery store and the lot was full as usual, the cart stands were loaded with carts that folks had brought out and there was a fairly steady parade of folks into the store!
Tammy had brought me a pair of those throw away gloves, so after cleaning the cart and my hands I put them on for the rest of the days shopping. There was one lady with a banana type mask on and one other lady with gloves on. The rest of the folks were just buzzing about with the "not a care in the world" attitude. It is a smaller local store and not as busy or crowded as say the big Walmart, but there was indeed a steady flow of folks thru the store. At the check stand they did not crowd as tight as sometimes happens but there was certainly not the "social distance" thing going on.
I scarfed a few of the sanitary wipes to clean the handle on the gas pump when I filled up. Not that I anticipate going much of anywhere..but living out where we do it is best to keep the top half of the gas tank filled.
I did find two local groups that sell produce , sort of like a co-op. They have weekly or bi-weekly deliveries to a set pick up point. One of my neighbors got a basket of veggies from them last week and it looks like good food. I think I will sign up for the next go round. Basically from what I could figure one of the groups is a nation wide type organization. Bountiful Baskets is the name of it and it has a post for nearly every state . The other is Farm to Fork , they say they do their best to source local produce and product as well. I would much rather support a local business if it is possible to do so.
Our governor issued a "stay at home" for the entire state today. Denver and Colorado Springs are having more cases of the virus than Pueblo, but I also realize it doesn't take but one to spread it to hundreds. So I hope more folks will respect this since they ignored the suggestion, now it is an official order.
The wind blew today. I believe like the canyons of California with their fires, people here forget about the Colorado Spring winds.

Every year Spring is ushered in on the wings of Wind, harsh strong winds that will knock you off your feet. Today's winds were certainly the case in point.
Gene is doing some landscape work for a neighbor, mostly clean up and pick up right now. He finally had to give up and say..I can't work in this, can't see for the dust blowing and have to stand face to the wind to keep from being knocked over!
Even Molly did not want to be out in it, instead of happily spending her time on the windowseat she was trying to destroy the front screen to get into the house. I even tried closing the sliding glass doors so she could lounge about in peace..but the entire room was shaking and she was quite sure, like ChickenLittle that the sky was falling!!
Of course as with any shopping trip I forgot to get a couple of items, the most important of which is flour..really hard to make bread or muffins or much of any baked goods without flour!
I have been making a Spark Recipe for Baked Oatmeal for breakfast and snacks..it is so good!! I did add some nuts , raisins and prunes to it. Then usually put a bit of milk or plain yogurt with it..and yummm! The thing is you use a lot of oatmeal that way..and again I need to go to SAM's to get their big box of oatmeal . Maybe I will venture out one last time to get a big bag of both flour and oatmeal. Ahhh the social distance I don't mind..kinda used to that , but the nervous situation of is it safe anywhere is wearing on all of us.
mmm think I will go have a cuddle with Molly then get the Littles and put us all to bed for a good nights rest. I am thankful for all I have, I just need to remind me of that from time to time. 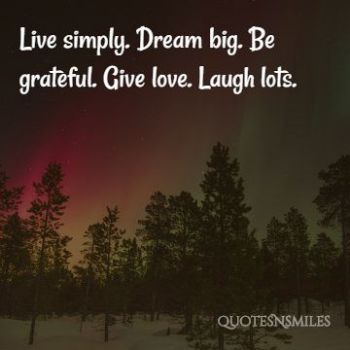