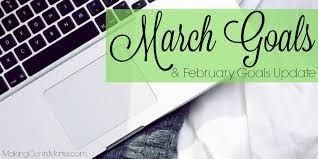 I only had two goals for February. The first one was to exercise at least ten minutes a day. I ended up exercising only 21 days. That’s more than I exercised in January, though, so that’s progress. My second goal for February was to drink at least eight glasses of water every day. I did better on that goal. I did it 26 days.

I am going to keep the same two goals for March. I am also going to add the goal of getting at least 500 monthly fitness minutes. I accomplished this in February, so I should be able to do it again in March. 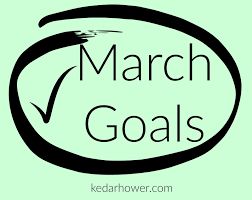