Good morning friends.. Full disclosure when I wrote the above words down yesterday they can from a place of antagonism but as the day progressed these thoughts evolved and landed where they were meant to be.

Started off the day with fat free yogurt, honey, cinnamon, cardamon and slivered almonds since I had a lunch date and short ribs was more than likely going to be dinner... then a few things happened in the morning to test my resolve and push my buttons..

When I got to lunch, the carefully planned salad I had in mind, turned into the french onion soup/half sandwich special instead.. Soup was outstanding, sandwich came home for my son.. But even better than the food was the conversation, raw honest face to face conversation.. I definitely do not get enough of that and it's a topic for another day..

The common theme on several social media sites was the onset of Lent with Ash Wednesday (today) the official start. In the Catholic religion during Lent traditionally we give up something (usually food related) starting today until Easter Sunday - when Jesus is reborn.

There were a lot of interesting theories and assumptions made and perhaps some of the dialogue brought discomfort because not everyone is Catholic, in fact the numbers are shrinking.. but I digress.. but thoughts and ideas began buzzing in my head circling and need to escape..

So I am going to share my truths.. For the past several years I have "built an ARK" with my youth group, which I've mentioned the past few days, I create a calendar so that every day, I will make an extra effort to perform an Act of Random Kindness for someone. During Lent in particular I try to include people I might not necessarily focus on due to things that may done which have caused some distress in my life. I also have set my alarm 10 minutes earlier to spend reading a random bible passage each morning before I start my day, one that I am not familiar with to learn more and hopefully gain a better understanding of the Word. I had not planned on giving anything up, but interestingly enough after reading some comments and questions on how giving up food makes someone a better Catholic that I have decided I am in fact going to give something up.. and here is why..

Jesus fasted in the desert for 40 days and nights. In my eyes the act of giving up food for Lent is symbolic of his sacrifice. By giving something up, something that is a part of my every day life, it is a reminder of who I am. It is not about losing weight, it is about taking a moment when I find myself thinking about peanut butter or reaching for that jar, yes that is what I chose, instead I will take a few moments to reflect and remember. I will consider my day, how I have behaved, what kindness I have shared and perhaps what I could have done differently. It's no me it's you - Jesus.

I try to live my life by the principles of love and compassion daily, but I am human and I get angry and I lash out from time to time. I can be mean and hurtful, then I always feel terrible afterwards.

So for non Catholic people, think of this as any other challenge you have joined.. for the next 40 some odd days, I will do many things I try to do everyday, anyway, but with greater focus and conviction.

Sending you kind thoughts, Christian, non Christian it doesn't matter to me.. we all want the same things, to be treated with kindness and respect and to feel joy.

PS The short ribs with celery, onions and carrots over mashed cauliflower were awesome by the way.. at the end of the day I'd say it was more of a chubby Tuesday rather than fat Tuesday. 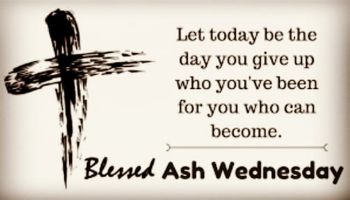