It sounds so much better than Shrove Tuesday doncha reckon?  Besides, here in the Uk Shrove Tuesday means pancakes with sugar and lemon which is OK but as I don't have a sweet tooth, not really my thing.  I used to make them for the children.  But when daughter was still fairly young she took over pancake making duty [with my supervision - obvs].  Then I blinked and she'd left home.  Youngest son took over pancake making duty for him and his big bro.  For me too if I wanted any but as I say, not really my thing.

So today I decided to make a variation on a Quesadilla pancake for dinner because hey, why not?  It's actually quite alien to me [and rather difficult] to narrow quantities down for one.  Which is probably why mostly I don't do it - I much prefer to batch cook.  Hence I landed up with something that was too big for one meal, but not quite enough for two.  No doubt I'll figure that out. 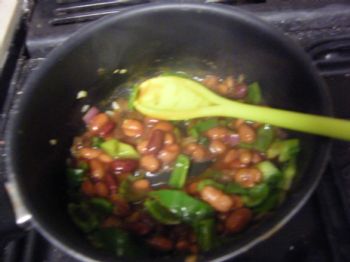 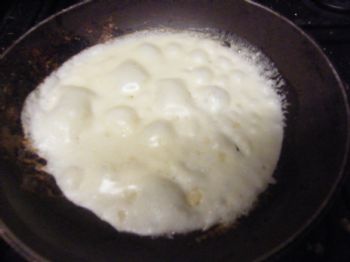 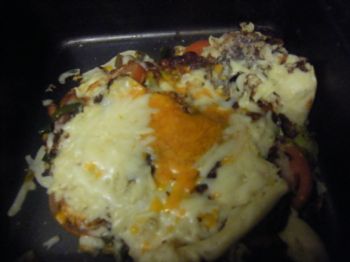 Of course the historical religious point of Shrove Tuesday was to use up fat and eggs etc before the fast of Lent.  These days people of a religious [or Catholic] persuasion give up something for 'Lent' rather than actually fast.  I don't have religious inclinations, nor was I raised Catholic so I've never done the 'giving up something for lent' thing.  You know me though, I do like to explore these ideas and adopt them to challenge myself.  But there isn't much I could give up that I'd really notice.  Common ones are chocolate or crisps but I hardly eat them anyway.  Another is fizzy drinks - which would be easy given I NEVER drink them.

I can't help thinking it would be better to do something positive for Lent.  I'm not sure what though for me.  I'm really hot on recycling so that isn't the answer.  Maybe I should just refuse to buy anything non essential during lent?  Unless of course you have a better idea.