Good morning friends.. So in January when choir resumed Sean asked me to go Alto again.. on and off for the past few years I've been doing this when the Sopranos way outnumbered the Altos.. I was sitting at practice one day and I felt the whisper inside that said.. make the offer and before I knew it, I asked Sean if it would be helpful if I sang with the altos... and he was very excited by the prospect and we made the switch the following week and that was when the pendulum swing began.

I have a big range and a pretty good ear, so I was able to do it fairly well, but this time, I was struggling.. I could't hear the harmonies, I was being sucked in by the melody.. mid mass 2 weeks ago Sean pointed at me and said move over there and I switched sides with Barbara. And just like that as I faced my old squad instead of standing next to them, I heard my notes and it has made all the difference in the world.

Yesterday at mass the choir was on point, one of the best I can remember..I sang with a confidence that had been lacking lately, we were almost completely full and the voices blended so perfectly.. one of our members who has been out sick was in the pews and she texted us all how special and beautiful it truly was.

It seems I was allowing myself to be drawn in by the familiar. Instead of owning my newly formed alliance and allowing it to grow naturally, I fell back into my strengths perhaps for the need to do well without concern? If I do something I want to do it well, no matter what it is. I have a need to be the best.. not better than all the rest, just my best.

Yesterday after my run, mass, working on the house, realizing after it was fully assembled that I had ordered the wrong color "oak" bookshelf mini period of AAAAHHHHH.. then hubby discovered after unpacking the 6 million pieces of the desk that the top was damaged, GGRRRRR and doing some meal prep I plopped on the couch and binged watched Schitts Creek.. at one point Patrick sang "Simply the best" to David.. and I didn't recognize it, it took a while until this song, which I knew I really liked and it drew me in, completely different than how I was used to hearing struck a chord and I realized what it was..later in another episode David sang it back to Patrick in the original version.. I have a new favorite version of that song now.. and it was not the familiar.

Have a magnificent Monday.. Don't be afraid to step to the left or to the right, until you find your spot! 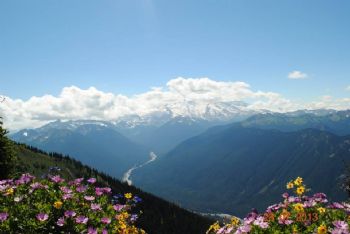