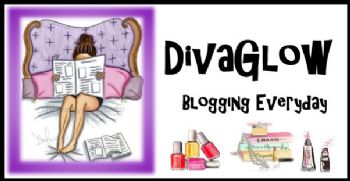 "The most beautiful people we have known are those who have known defeat, known suffering, known struggle, known loss, and have found their way out of the depths. These persons have an appreciation, a sensitivity, and an understanding of life that fills them with compassion, gentleness, and a deep loving concern. Beautiful people do not just happen." (Elizabeth Kubler Ross)

Tuesday morning I woke up to a dusting of snow that quickly melted away and turned into a beautiful sunny day. However, we’re getting snow sometime today and there’s another storm that is going to be a big one on Tuesday.

It’s a good thing my little man is getting groomed on Monday. He is looking very hairy and it’s getting out of control. I know I wanted to grow his hair out long like last winter, but it’s too wild and starts getting tangled up and I don’t want him getting matted. We’re going to do the teddy bear hair cut because he looks so cute with it. Speaking of cute dogs did any of you watch the Hallmark rescue dog show on Sunday and Monday? Those dogs are soooo cute! I’m so glad that they recognize rescue dogs with imperfections. Scooter has what I call a snaggle tooth. I could have named him Presley because of it but didn’t really see it until after he was named. My mom was talking about getting another dog for her to keep in her room at night because she said it would make her feel safer. That’s one thing since my Dad passed away she just doesn’t feel safe. I told her maybe we should think about fostering another dog to see how Scoots reacts to it. I wonder what he would do with a puppy? Or even a small dog? I think it would have to be smaller than him to keep him feeling that he runs the house and not a new dog. Right now it’s just something we’re talking about.

I mentioned that my Mom was feeling under the weather a little, but now she’s pretty sure that she has a cold. It is rare that she catches anything even a small cold, but something has her. I already took some medicine because I’m not getting sick.

Have a great day!