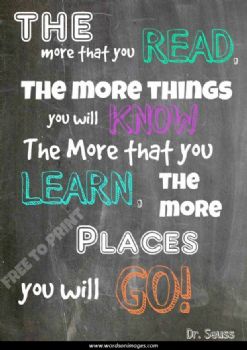 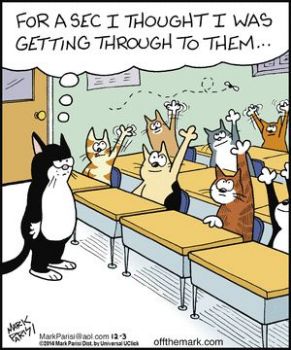 "For a sec, I thought I was getting through to them." 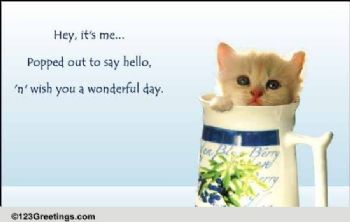 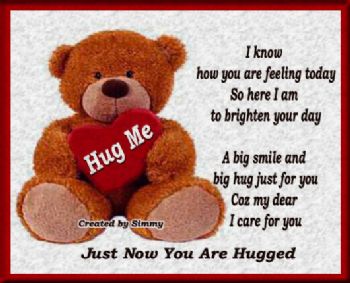 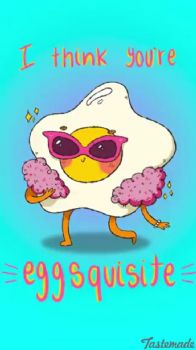 There was an engineer who had an exceptional gift for fixing all things mechanical. After serving his company loyally for over 30 years, he happily retired. Several years later the company contacted him regarding a seemingly impossible problem they were having with one of their multimillion dollar machines.

They had tried everything and everyone else to get the machine to work but to no avail. In desperation, they called on the retired engineer who had solved so many of their problems in the past.

The engineer reluctantly took the challenge. He spent a day studying the huge machine. At the end of the day, he marked a small "x" in chalk on a particular component of the machine and stated, "This is where your problem is".

The part was replaced and the machine worked perfectly again.

The company received a bill for $50,000 from the engineer for his service. They demanded an itemized accounting of his charges.

The engineer responded briefly: One chalk mark $1 Knowing where to put it $49,999 It was paid in full and the engineer retired again in peace.

It's Homemade Soup Day! I know a lot of Sparkers who will love this day! What is your favorite soup to prepare for these cold snowy days?
--African American Coaches Day: observed on the first Tuesday of February; today is a day to bring attention to the African American community about the benefits of working with a personal or business coach; this is a day set aside to inform the African American community about the ways that coaching can assist them with personal and business development, by helping them in setting, identifying, and reaching goals; also this day is an opportunity for coaches to recap with clients results and accomplishments they have achieved throughout the coaching process.
--Liberace Day: a salute to Liberace, an American pianist, who died this day in 1987; Liberace was known for 4 decades of a flamboyant style and was call Mr. Showmanship; at the height of his fame during the 50's to 70's, Liberace was the highest-paid entertainer in the world.
--National Create a Vacuum Day: not the cleaning tool; a day to celebrate the scientific fact a vacuum is an area of space devoid of matter where gaseous pressure is less than atmospheric pressure; the first lab vacuum was created by Evangelista Torricelli in 1643.
--National Hemp Day: from nationaldaycalendar: "On February 4th, National Hemp Day proudly weaves a celebration surrounding an industry with a long and innovative history. Did you know hemp has been a part of human civilization for thousands of years? The world’s earliest civilizations used hemp fibers to make fabric for clothing and other materials. Even America’s founding fathers drafted early documents on hemp paper. During the last century, leaders used a “Hemp for Victory” campaign during WWII to encourage farmers to grow hemp for military use. Since then, hemp has been an essential material in the innovation of several industries. For example shipping, construction, and textiles rely on hemp for numerous products. Most recently, the construction industry started using hemp in place of concrete (known as hempcrete) since it is windproof and offers a lower carbon footprint.
--National Quacker Day: today celebrates Quacker Factory Co, a woman's clothing company founded by Jeanne Bice in 1981 and debuted on QVC in 1995.
--National Stuffed Mushroom Day: Stuffed mushrooms may be filled with herbs such as parsley, basil, chives, and tarragon; with cheese such as gouda or parmesan; with vegetables such as garlic, spinach, onions, tomatoes, and peppers; with meat such as sausage and pork; and with olive oil, breadcrumbs, spices, salt, and pepper. In the 1940s and '50s they began being presented as a delicacy, and more expensive ingredients such as crabmeat and hot sausage began being used. The ingredients may be sautéed before being put in the mushroom caps, and more olive oil may be drizzled on top of them before they are cooked. They are baked or broiled, usually while sitting on a pan, but they can also be put on skewers or a rotisserie.
--National Sweater Day: today is a day about the beauty and functionality of sweaters and about a way to help the environment by keeping the heat down; if you knit, this is a perfect day to pick out a new pattern and get to work; wear your favorite sweater today and think about the energy you're saving.
--National Thank a Mail Carrier Day: also known as Thank a Letter Carrier; yes, they bring us bills but they also keep us connected; remember how much we depended upon them before the internet; the Second Continental Congress established the Constitutional Post in 1775 which was the first organized mail system in America.
--Rosa Parks Day: today celebrates the birthday of Ms. Parks (1913) who is a symbol of equality, civil right, and the American Civil Right Movement; Ms. Parks is noted for refusing to give up her bus seat in 1955 in the days of segregation.
--Torture Abolition Day: a global grassroot movement to continue working on the abolition of torture around the world.
--USO Day: created Feb 4, 1941, the United Services Organizations (USO) is more than about the entertainment of the troops we have seen; a uniting of 6 groups: the Salvation Army, YMCA, YWCA, National Catholic Community Services, National Travelers Aid Association, and the National Jewish Welfare Board; the USO's function is to serve all troops, to be a home away from home, and to assist the service member with any problem they're facing.
--World Cancer Day: today is a global effort to raise awareness about all cancers, early detections, and treatments.
--In 1938, 'Snow White and the Seven Dwarfs' opens. Walt Disney's first full-length animated feature is released and will defy naysayers, winning both critical praise and boffo box office returns, eventually earning more money than any previous film in history.
--In 1789, George Washington is elected as the first US President. In a unanimous vote, the US Electoral College elects General George Washington to the presidency. He will again be elected unanimously to a second term in 1792, with John Adams serving as vice president both times.