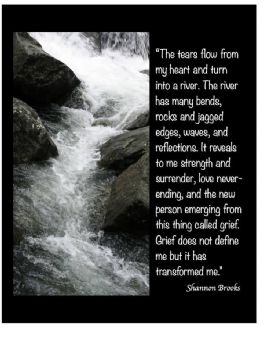 "The tears flow from my heart and turn into a river. The river has many bends, rocks and jagged edges, waves, and reflections. It reveals to me strength and surrender, love never-ending, and the new person emerging from this thing call grief. Grief does not define me but it has transformed me." Shannon Brooks

"I'll have what he's having, but change his order to the vegetarian special." 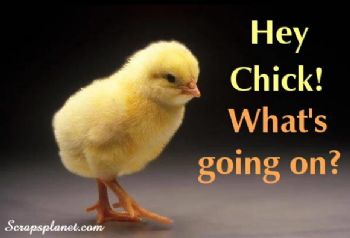 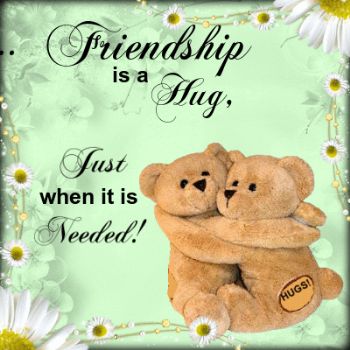 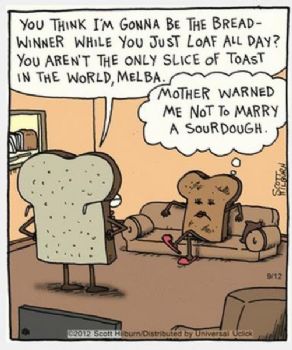 Q. What do you do if attacked by a clan of clowns?
A. Go for the juggler.
Q. Why are mountains not just funny?
A. They are also hill areas.
Q: Why don't they play poker in the jungle?
A: Too many Cheetahs!
Q: Why did the scarecrow get a promotion?
A: Cause he was outstanding in his field.
Q: What happens when you play a country song backwards?
A: You get a new truck, a new wife, and a new dog.
Q: Why did the ink pots cry?
A: Their mother was in the pen doing a long sentence.
laughfactory.com


It's Library Shelfie! Book lovers, strut your stuff! Share s(h)elfies of your book collections! You never know who might have that one edition you've been looking for. Today is sponsored by the local libraries and is observed on the 4th Wednesday of January.
--Answer Your Cat's Questions Day: today is a facetious holiday for cat owners who are to study their feline friends and figure what question their cat is asking and then answer; granted, kitty is probably asking when dinner will be served.
--Celebration of Life Day: today was originally meant for celebrations of children and grandchildren; expanded to all people at all ages; it's suggested people reflect on their own lives, to celebrate the moment they are in, look back on where they have been, and plan for where they want to go.
--Dance of the Seven Veils Day: no clear information as to why today, but Salome's dance in front of Herod II before the execution of John the Baptist has been famously depicted in plays, opera, and movies.
--National Blonde Brownie Day: a salute to a yummy dessert, made with vanilla and brown sugar in place of chocolate; a sweet alternative if you want something a little different.
--National Hot Sauce Day: a salute to a condiment my son-in-law is never without; many variations with many types of chili peppers; spice up your meals today with your favorite hot sauce; Habanero, cayenne, jalapeño, and chipotle peppers are commonly used to make hot sauce in America; habanero and scotch bonnet peppers are favorites for hot sauce in the Caribbean, while chipotles are a favorite to make the sauce in Mexico; raw chiles are often used instead of hot sauce in Thailand, although Sriracha is a hot sauce made there, and it has become popular around the world; hot sauce in China is usually thicker and called chili sauce; brine solutions and pickling are also often involved in Chinese hot sauces.
--National Polka Dot Day: today celebrates this fun material and Minnie Mouse who is often dressed in polka dots; garments with dots began becoming popular in the 19th century and the term was first printed in 1857.
--Roe vs. Wade Day: today commemorates the landmark decision by the Supreme Court in 1973 that confirms a woman's right to abortion and control of her own body.
--"Rowan & Martin's Laugh-in" debuted in 1968. Oh, I miss them.