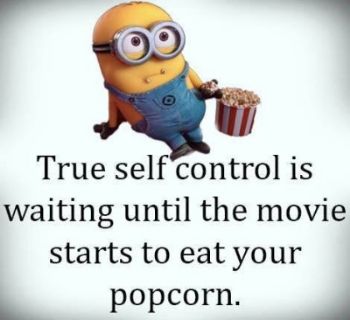 National Popcorn Day
Popcorn, which is celebrated today, is one of four types of corn—the others being dent, flint, and sweet—and it is the only one of the four that can pop. Its hull is thicker, which allows steam pressure to build up inside before it explodes. When it bursts open, starch comes out, and as it cools it turns into the shape we are familiar with. Popcorn kernels with between 13 and 14.5 percent moisture are ideal for popping, and 13.5 percent is the best. If 98 kernels out of 100 pop, it can be looked at as being good popcorn. Popcorn is a whole grain food, being made up of the germ, endosperm, and pericarp—which is the hull. It is low in fat and in calories; there are only about 31 calories in a cup of air-popped popcorn. It is also high in fiber, and is inexpensive.

Seventy percent of popcorn is eaten at home. Of that, about 90 percent is purchased as unpopped kernels. Of the thirty percent eaten outside of the home, much of it is eaten in theaters, sports stadiums, and schools. The main states that produce it are in the Midwest, and most of the popcorn eaten throughout the world is grown in the United States. Americans eat more popcorn than anyone else. About 13 billion quarts of popped popcorn are eaten annually, which is about 42 quarts per person. Another account even puts this figure higher. About two tablespoons of unpopped popcorn makes a quart of popped popcorn. It is most eaten during fall, and a lot is also eaten during the winter months, but not as much is eaten during spring and summer.

Popcorn has been used for thousands of years, and was first used by Native Americans in both South and North America. The oldest popcorn that has been found is between 4,000 and 5,600 years old, and was discovered in the Bat Cave in west-central New Mexico in 1948. The Aztecs were using popcorn when Cortes invaded Mexico in 1519, not only for food, but to decorate their headdresses and statues of gods. Kernels were also found in South American burial grounds in Chile. Some Native Americans believed that spirits lived inside popcorn kernels, grew angry when they were heated, and then escaped.

Early colonists called popcorn "parching corn," "rice corn," and "popped corn," and it wasn't known as popcorn until the 1820s. It became popular during the holidays, especially with children and during Christmas, where besides being a snack it was also hung on Christmas trees. An early popular way of making it at home was cooking it over an open fire in a wire box with a long handle. In the 1870s, molasses was added to popcorn and popcorn balls began being made. They became one of the most popular confections, they were given as gifts, and ended up in recipe books.

Cracker Jack began being sold in 1896, and consisted of popcorn, peanuts, and molasses. It actually had been sold without the name at the Columbian Exposition in Chicago in 1893. It soon became a staple at baseball games. The mobile popcorn machine was also first introduced at the Columbian Exposition, and became very popular with street vendors over the next half century, who sold popcorn at fairs, parks, and expositions. In the late nineteenth and early twentieth centuries popcorn also was eaten for breakfast, similar to how cereal is eaten today.

As popcorn was cheap, it could easily be afforded during the Great Depression, and sales actually increased during the time period. It also became popular at movie theaters during this time, and continued to increase in popularity during the years of World War II. As television became popular in the early 1950s, less people went to movies, and less popcorn was eaten as well. Percy Spencer discovered that popcorn could pop from microwaves, and by the early 1980s, many brands were producing microwave popcorn. One of the first brands to produce it was Golden Valley Foods in 1971. The invention of microwave popcorn greatly increased the consumption of popcorn at home.

Celebrate the day by eating popcorn! Make it with a hot air popper, with oil on the stove, over an open fire, or in the microwave. Have it at home or at a movie theater or sporting event. Make it into popcorn balls, or use it to make something else. Have some friends over and guess the amount of popcorn kernels inside of a container. Then count to see who was the closest, and pop the popcorn. You could eat it, but you could also get some sewing needles and string and string some popcorn as decoration.

Did You Know ~
I would hug you, but I would rather wait until I'm covered in syrup. And until you have nicer clothes on. ~ Toddlers
Share This Post With Others
Report Inappropriate Blog
Member Comments About This Blog Post