A Weekend Getaway with My Hubby

I thought I would write a blog that included a lot of pictures from our getaway weekend to Saint Augustine. It is a beautiful city on the northeast coast of Florida, a little less than two and a half hours from where we live. Dave and I really enjoy it there - it is a very interesting place with beautiful architecture and a lot of history. Founded in 1565 by Spanish explorers, it is the oldest continuously inhabited European-established settlement within the borders of the continental United States. This was the fifth time we have been there. I asked Dave if we could go again this year to see the town lit up with all the beautiful white lights. It's their Christmas "Nights of Lights" but it still up till February 2nd. You can take a horse and carriage ride or a tram ride around the city to see them. We did those options other years, so this time we decided to walk, since the weather was so nice. Here are a few pictures of the lights. It was also a full moon Saturday night, so it was extra pretty over the water. The photos I took don't really show the beauty, so I also included ones I found on the internet. 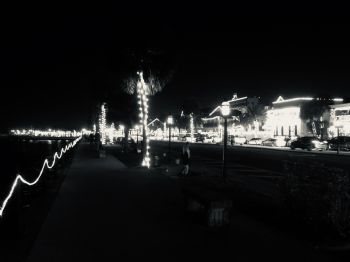 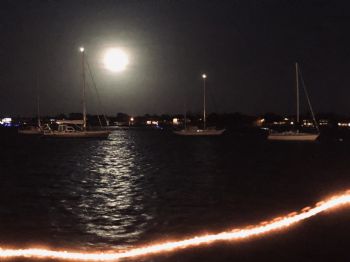 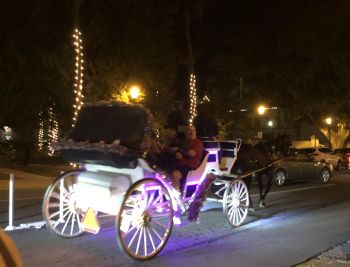 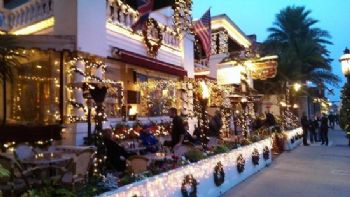 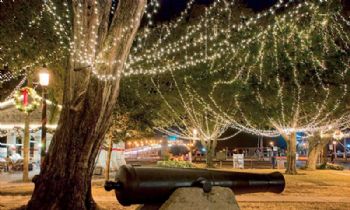 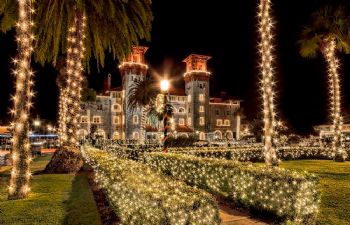 But we arrived Friday afternoon, so we also did a lot of other fun things. We lucked out having beautiful weather temperature-wise (although it did get cloudy and windy,) and since our hotel was a block from the beach, we walked several miles by the ocean both Friday afternoon and Sunday morning. I liked how it wasn't crowded there compared to summer. Most people there were walking or looking for shells, and there were quite a few dogs and seabirds, which I always totally enjoy. Some brave souls were out surfing Sunday morning since there were a good amount of waves. 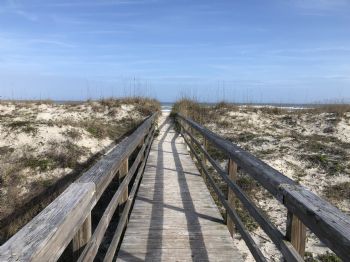 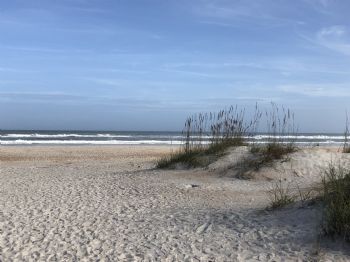 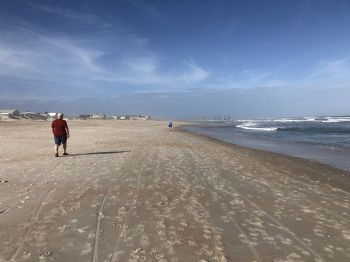 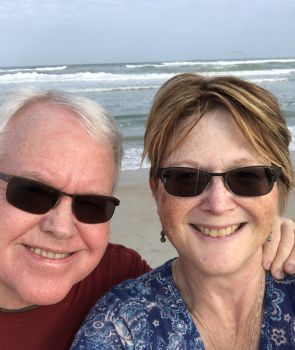 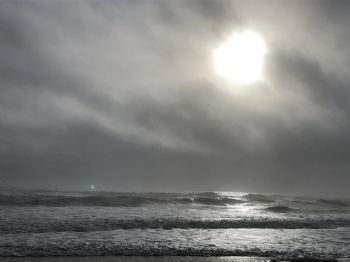 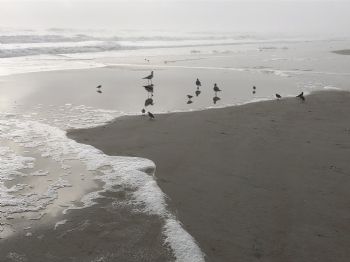 Every time we go to Saint Augustine we pick different things to do. We have taken a tour of the city by trolley and gone to see the fort and the Fountain of Youth. This visit we also went to see the oldest wooden schoolhouse, dating back to 1716 and the Saint Augustine lighthouse and museum, built in 1874 (the original one nearer to the coast lasted 200 years but crumbled from shoreline erosion.) The lighthouse is St. Augustine's oldest surviving brick structure. We climbed the 219 steps to the top for a spectacular view of the city and ocean, and then toured the keeper's house to learn all about the history and took a walk in the woods on the property. Here are a handful from all the photos I took. 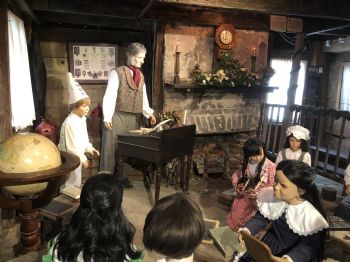 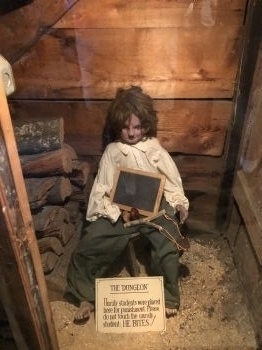 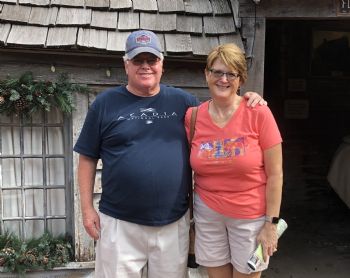 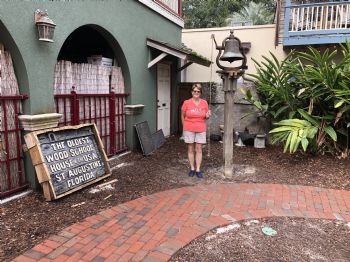 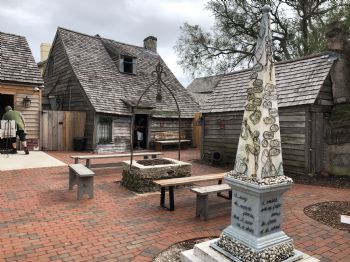 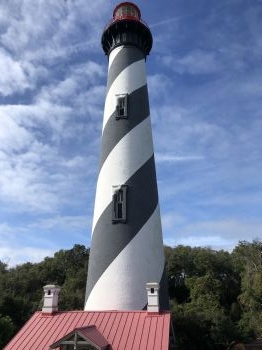 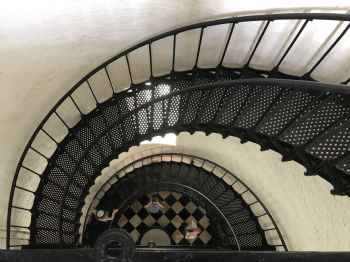 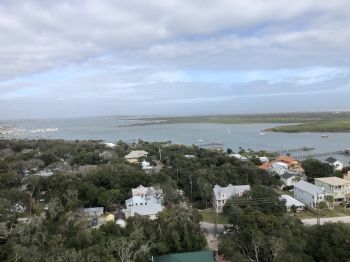 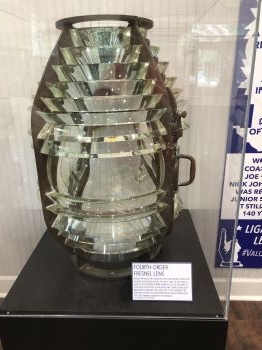 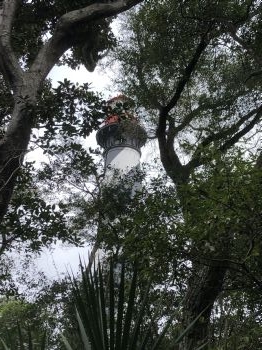 It goes without saying, that we ate a lot of fresh seafood while we were there. There were so many great restaurants to choose from. My favorite thing I had were succulent steamed royal red shrimp - yum!!!
Finally, just as we were packing up the car to leave on Sunday, I had a big surprise. I had posted a picture from where we were on Facebook, and my good friend from PA, who I knew was going to be traveling through Florida on their boat sometime this winter, called me to let me know that they had docked in Saint Augustine on Friday night! I couldn't believe we were there at the same time! We were able to meet them for lunch and then went to see their boat. We just were able to have a short visit, but talked about going down to see them in Key West when they get there next month! 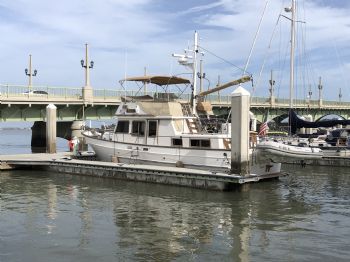 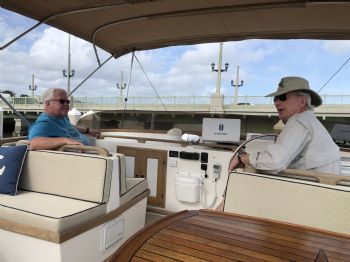 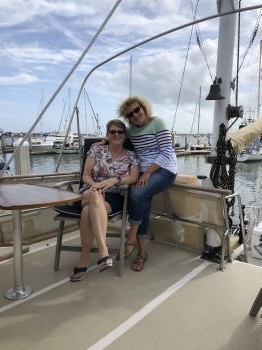 It was a fantastic getaway weekend to Saint Augustine. I feel very fortunate to live in Florida during the winter months!
Share This Post With Others
Report Inappropriate Blog
Member Comments About This Blog Post