I felt kind of knocked sideways by today’s walk, at any rate during the last part. I was dragging behind the other two. I wonder why. Possible reasons? I had a tummy bug over the weekend but I thought three days clear of it was OK. I was making tests yesterday, so I’m right at the end of a term’s work - maybe tired from work. I have a benign cyst being dealt with by a “wait and see” approach. It’s slightly across the border from small, so I wondered if it was causing a draggy feeling, or if it was the after effects of the tummy bug. Anyway I felt a whole lot better after thirty minutes sitting on the train on the way back.

Or.... it might be that I need to gradually work my way back up to a better level of fitness over the next couple of months when my workload will be light. The eldest of the three of us, who is in her early eighties, did the return journey not on the train but on foot - an hour and a half - and probably at a pace I can’t match even on a good day! She is amazing!

I had mixed feelings when I set out this morning because DH was gently but persistently grumbling about me leaving him by himself. I do turn down some invitations and when I told him that, he was a bit surprised. It’s a balancing act between caring for both of us and self-care. I often would rather relax with him than push myself to get out with friends, but it wouldn’t be wise to let my life get reduced to work and home. It seemed selfish but there have been times when friends have been lifesavers.

Anyway, I got home at three in the afternoon having enjoyed it nonetheless and resolving to gently build up my fitness level. 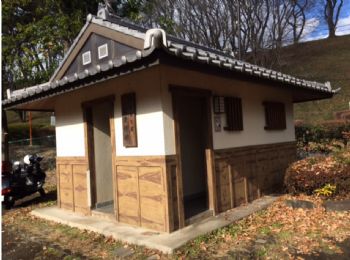