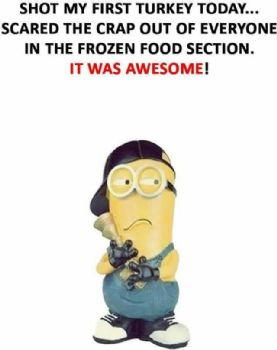 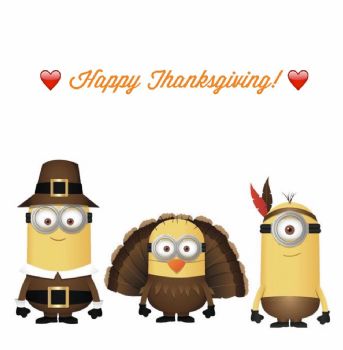 Thanksgiving Day
Thanksgiving Day is a holiday celebrating and giving thanks for the harvest of the previous year. It has religious and cultural roots, but is also now celebrated as a secular holiday. There is some debate as to when the first modern Thanksgiving in the United States took place—whether it was in Virginia or Massachusetts. Thanksgiving events took place in what would become Virginia, beginning in 1607, and Jamestown, Virginia, started holding thanksgivings in 1610. When 38 English settlers arrived at Berkeley Hundred, in Virginia in 1619, the day of their arrival was to be celebrated as a day of thanksgiving from there on forth. In 1621 and 1623 there were thanksgiving events held in Plymouth, Massachusetts. The 1621 observance was held after a fruitful growing season, and lasted for three days during the fall. It was not formally known as thanksgiving, but as a harvest festival. It included 90 Native Americans, and 50 Pilgrims from the Mayflower. The 1623 celebration was known as Thanksgiving, and was recognized by a civil authority, Governor Bradford. Other colonies soon afterwards celebrated Thanksgiving, such as the Massachusetts Bay Colony beginning in 1630.

Thanksgiving celebrations have changed over the years. During the latter half of the 19th century, New England celebrations often had Thanksgiving Eve raffles, and Thanksgiving morning shooting matches—where chickens and turkeys were used as targets. Church services were common, followed by a Thanksgiving feast, where many of today's staples were eaten, such as turkey and pumpkin pie, but also foods such as pigeon pie.

Today Thanksgiving is probably most known for the meal that accompanies it. The main dish is usually turkey, often roasted and stuffed. Additional foods often include mashed potatoes and gravy, squash, corn, brussel sprouts, cranberry sauce, green bean casserole, and pie, such as pumpkin. Americans eat more during this meal than any other day of the year. Those who are religious often attend services and and give thanks.

Parades have been an important aspect of the holiday. Most notably, the Macy's Thanksgiving Day Parade has been held in New York City since 1924. It is televised on NBC and runs from the Upper West Side of Manhattan to Macy's main location in Herald Square. Parade floats with specific themes, scenes from Broadway plays, large balloon cartoon characters, TV personalities, high school marching bands, and a Santa Claus float are usual parts of the parade. Philadelphia, Pennsylvania, and Detroit, Michigan, also hold prominent parades.

Sports, particularly professional football, have become a big part of the holiday. Since its founding in 1920, The National Football League has held games on Thanksgiving. From 1934 to 1938, and since 1945, the Detroit Lions have played on Thanksgiving. The Dallas Cowboys have done so since 1966. In 2006 a third game on the day was added, and various teams switch off each year playing that game. Another sport-related event popular on the day is the turkey trot, which is a running event held in many cities across the country.

Beginning in 1947, The National Turkey Federation began giving the President one live turkey and two dressed turkeys each Thanksgiving. The tradition of turkey pardoning was started by President Ronald Reagan in 1987, although John F. Kennedy was the first President to spare the turkey given to him. Each president since Reagan has continued the tradition of pardoning a turkey.

Celebrate the day by gathering with family and friends and cooking a large Thanksgiving meal. There are many types of food that could be made. Maybe you don't have to worry about eating a lot because you did a turkey trot earlier in the day. After your meal, you could relax by watching the Macy's Thanksgiving Day Parade, a football game, or a film that takes place on the holiday. But, if you ate a lot there's a good chance you'll fall asleep during whatever you are trying to watch. If you are religious this is also a fitting day to go to your house of worship to give thanks.

Did You Know ~
Give thanks and count your blessings every day, not just on Thanksgiving.
Share This Post With Others
Report Inappropriate Blog
Member Comments About This Blog Post