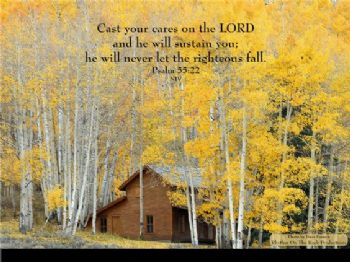 Woke up fighting the same headache so I worked hard at loosening up my shoulders and neck and that helped quite a bit. (Next massage isn't for two weeks.) I then took a caffeine pill and an ibuprofen to see if it was my goal to be rid of Dr. Pepper (again) that was catching up with me. I also got out my "Blink" eye gel and nasal saline spray as I think the fireplace is already causing the extra dryness and after going to the eye doctor about that last year I've kept this stuff on hand. Not exactly sure which one worked, but the headache left for now and that was the goal. Victory!

After some cleaning I chose to pull client budget reports and do the reviews (I got through A-J!) and watched a movie from PureFlix called "All My Sons". It was a little slow, but it still had enough of a story line going on that it kept my interest and it was based on a true story.

I was starting to catch my head from falling to the keyboard towards the end of the reviews so next up was a nap. Then I was rested enough to get supper bbq'd and spend a little bit of time on the jigsaw puzzle. Now it's watching The Voice again as Tim hasn't seen it yet and Sparking. Auggie is laying down on one side of me and the fire is crackling on the other.

Isaac had time with Patrick this morning and then spent most of the day sleeping/resting. He got sent to the school nurse yesterday from sports class as his shin was so sore he was limping. Glad he sees the doctor Tuesday morning as he may need an x-ray to rule out stress fracture. At any rate, he is grounded from running and basketball for a couple of weeks. He's been wanting an answer about what to do about basketball so this may be the deciding issue.

Maegann is once again ready to switch jobs. Not sure what's with all these managers in the food industry, but it sure doesn't sound like an industry I want to be part of if this is the norm. She's planning on giving them their two weeks notice so we'll see what happens. Thankfully she has enough funds once this next paycheck comes to cover her part of the first trip (L.A.) and then once she has another job she'll be fine to collect for the next one. She's already starting to apply at other places. Too bad that it all fell apart when she had to hurt the co-worker Griffin's heart. Lesson to learn...don't have a work romance. School went good though so that's a plus and the main focus.

Tim enjoyed being home by spending the day doing some more demo and drywall work. Today was the wall beside and behind the refrigerator so the kitchen was a mess. Now he's talking about breaking out part of the wall that divides the kitchen and living room and I think he's right...it would definitely open up the place and offer a bit more room in the dining area.

Tomorrow is church and football. There is talk of getting everyone outside for a couple of hours to get all the leaves bagged and I will sacrifice some game time to help as it will go quick with all four of us since the wind pretty well raked the leaves into piles for us. Maegann does have to work at 6 through closing so we'll definitely need to get out there right after lunch.